iOS Or Android: What Can Be Concluded From Their Developments So Far?

iOS and Android have long dominated the smartphone operating system market. iOS and Android app developers spring up like mushrooms in the rainy season. Choosing between iOS Or Android when getting a new phone is as much about taste as it is about affinity with the regular updates that keep both platforms on top of technology. We take stock of the pros and cons of these two OS in their developments thus far.

The crucial point of a phone operating system is the way the user will interact with the most important aspect to arbitrate before deciding between iPhone and Android. Because it’s a long-term choice: customers of this or that system tend to be happy with it and stick with the gestures, shortcuts, and tricks of one or the other. The difference between the Apple system (iPhone) and that of Google is then due to their respective possibilities: iOS is willingly oriented towards intuitiveness and universality, the interface not being modifiable, whereas Android opens up to menus and functions that manufacturers may include (the famous “overlays”) and possible customization.

This means that there is a great interface disparity, from one brand and one product to another, on the Android side, when iOS is intended to be unique and quite “rigid”.

In terms of gestures, if competition is fierce between the two systems, Apple has popularized in recent years laptops with notches (except for its small bands, the entire surface of the screen includes information) and without user buttons, favoring all tactile. If Samsung or Huawei are also looking to make more and more use of their technologies, iOS is still ahead of shortcuts and four-finger navigation.

We will therefore gladly advise beginners and users with a concern for fluidity to go instead to an iPhone 8 or iPhone XS and to adopt iOS; geeks, customization enthusiasts, and those who want to be able to control more aspects of their phones may instead turn to an Android model.

Each operating system includes its own application library, which enriches smartphones with many features. The Google Play Store, with its millions of available applications, provides quantitative support, while the App Store, which is a little less extensive, has more draconian validation processes on the developer side, which offers the Apple software library a good general quality result regarding the optimization of these applications.

In terms of managing content from a laptop, iOS is still based on iTunes, which allows files to be added application by application, while Android is much more open and allows transfers to internal memory and the integrated microSD cards via a classic file explorer (and possibly the Android File Transfer software on Mac). Depending on your use and your needs for specific applications, it is a question of studying each store before making your choice as to iOS or Android, the two systems each having advantages up their sleeve in this area.

Manufacturers, whether Apple or the large family of Android smartphone manufacturers (Samsung, Huawei, Nokia, Xiaomi, Oppo, Asus, OnePlus, Honor, Google Pixel, Wiko, Sony, etc.) generally offer a two-year compatibility guarantee between a new device and new operating system updates. iOS arrived in its thirteenth version in 2019, when Android had been offering Android Pie since 2018, its ninth evolution. Apple and Google carry out a global update of these systems once a year, providing continuous technological monitoring; in both cases, unfortunately, the oldest models may not benefit from the new features for reasons of material insufficiency.

At the rate at which the evolution of telephony is currently going, it is difficult to decide the question, as iOS and Android are two showcases of this very important technology in our connected daily lives. To make your choice, in addition to the operating system, the qualities of the smartphones themselves, in terms of hardware, camera, and functionalities, can help you to arbitrate between the different possibilities.

How do they differ in the development context?

There is a big difference between them in the context of the development environment. The development environment for iOS applications is Xcode, while Android Studio is for Android applications. Android applications are usually created with the programming languages Java and JavaScript with HTML 5, while iOS ones are created with Swift and Objective C languages. Every iOS application developer must be able to pass strict screening before their application is accepted in the AppStore whereas Android app developers can relax more at the start but still have to consider quality because bad reviews can get their apps removed from the PlayStore.

We are sure that after reading this article you have come to a conclusion about these two operating systems. Thank you for reading!

Read More
Twitter is one of the most popular social media platforms in the world, with over 330 million monthly…
AAndroid News
Read More
Table of Contents When will OnePlus One be Available on Amazon?Can I Buy OnePlus One on Flipkart/SnapDeal?Where to…
AAndroid News 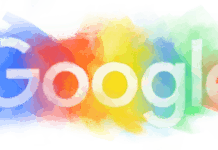 Read More
Google Doodles are among the most iconic things about Google. It is the way in which the company…
AAndroid NewsGadgets
Read More
Motorola’s Moto X series is very well know to offer high-end smartphones in affordable prices. Moto X this…