How to Install Xposed Framework in Android Lollipop

Xposed Framework helps in Tweaking your Android Smartphone to the best, It has lots of Modules which can tweak, boost the performance and solve many problems your Android Smartphone is facing. The Android Lollipop update comes in with lots of variations internally and many changes in the appearance also, because of the Internal changes and unlocking of lots of APIs the Xposed Framework was not available for the latest Android Lollipop OS.

How to Install Xposed Framework in Android Lollipop OS.

Download the Above mentioned files (Links are provided above) and transfer them to the Internal Storage or SD Card of your Phone in which you are to Install Xposed Framework. Do store it to the outermost folder so that you can access them at an ease on your Phone.

After transferring the downloaded files into your Phone’s internal storage or SD Card storage and rebooting into recovery mode, depending on the recovery installed, the options would change. So the basic steps would be clicking on “Install Zip” and selecting “Xposed-Arm.zip” and installing it. the Flashing process would begin and within some time the “Xposed ARM” would be flashed to your Smartphone, once it completes flashing the Phone would reboot or you can reboot it manually (once it gets flashed)

Once you install the Xposed ARM file from the recovery and reboot the Phone to normal mode, go to the File manager and install the “Xposed Installer 3.0 APK File” like you install any normal android app manually. So that’s it you’ve successfully installed the Xposed Framework in a Phone operating on Android Lollipop.

Since this is an Alpha version of the Xposed Framework, you might face some issues, in case you face some do post out here so that we can work on it and find a solution to the problem being faced. If you are a Samsung user using Stock Android Lollipop, you might face boot loop issues, so don’t try installing unless you are ready to face it or you can overcome it. That’s all folks!

Disclaimer : Neither Droidmen nor the Author would be responsible for any damages that might/may take place while or after installation of the Xposed Framework in an Android Lollipop based Smartphone/Tablet/Phablet. 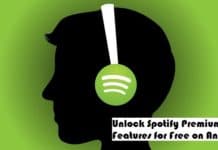