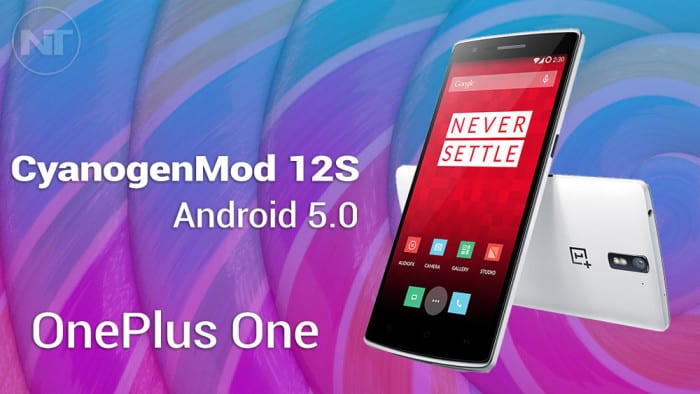 How to Install CM12S in OnePlus One Manually.

Few days back we updated you regarding Cyanogen’s intentions to come up with CyanogenMod 12S for OnePlus One smartphones, It was a tweet where we the co-founder at OnePlus said, the Firmware has just passed certification.  After a lot of waiting, CM12S goes live and can be installed on your OnePlus One phablet. The best thing about the OnePlus One is it came with a pre-installed CM11s and was the reason why the phone was in demand even before it was launched.

How to Install CM12S on OnePlus One using OTA update feature?

Installing the CM12S using the OTA update feature is very easy and can be even done if you are not so tech savvy. If you have a OnePlus One smartphone then you are just a few steps away from installing the CM12S on your OnePlus One. But to avoid loads on the server and crashing of the server the company would push updates to your phones depending on your region. However, there are chances that it would have already pushed an update to your Phone and you are not aware of it so follow the below steps to Update your OnePlus One using the OTA update feature.

[alert-note]It’s recommended to be connected to a WIFI or use 3G to update your Phone using OTA Update Feature. Else, there are chances that you may face issues.[/alert-note]

How to Flash CM12S Zip on OnePlus One Manually?

Step 1 : Download the CM12S ROM and Transfer it to your Phone.

The CM12S ROM download link has been provided in the things required area and to install it, first it has to be downloaded, so download the CM12S ROM. Once, downloaded, store it to the outermost storage directory of your Smartphone.

Turn off your Smartphone and Hold both the volume buttons simultaneously and to boot into recovery mode, in case you find it difficult to perform then follow this guide which will enable you to reboot into recovery without pressing keys.

Step 3 : Flash the ROM from the Recovery Mode.

Once you are in recovery mode clear cache, dalvik cache and data (not compulsory but to reduce errors from happening). Now go to “Install Zip” and Select the CM12S OTA Zip File and flash it.

Reboot your OnePlus One and the first boot will take some time but have patience and let your phone to boot. Once done, CM12S will be ruling your Phone. Have any questions? Post us.