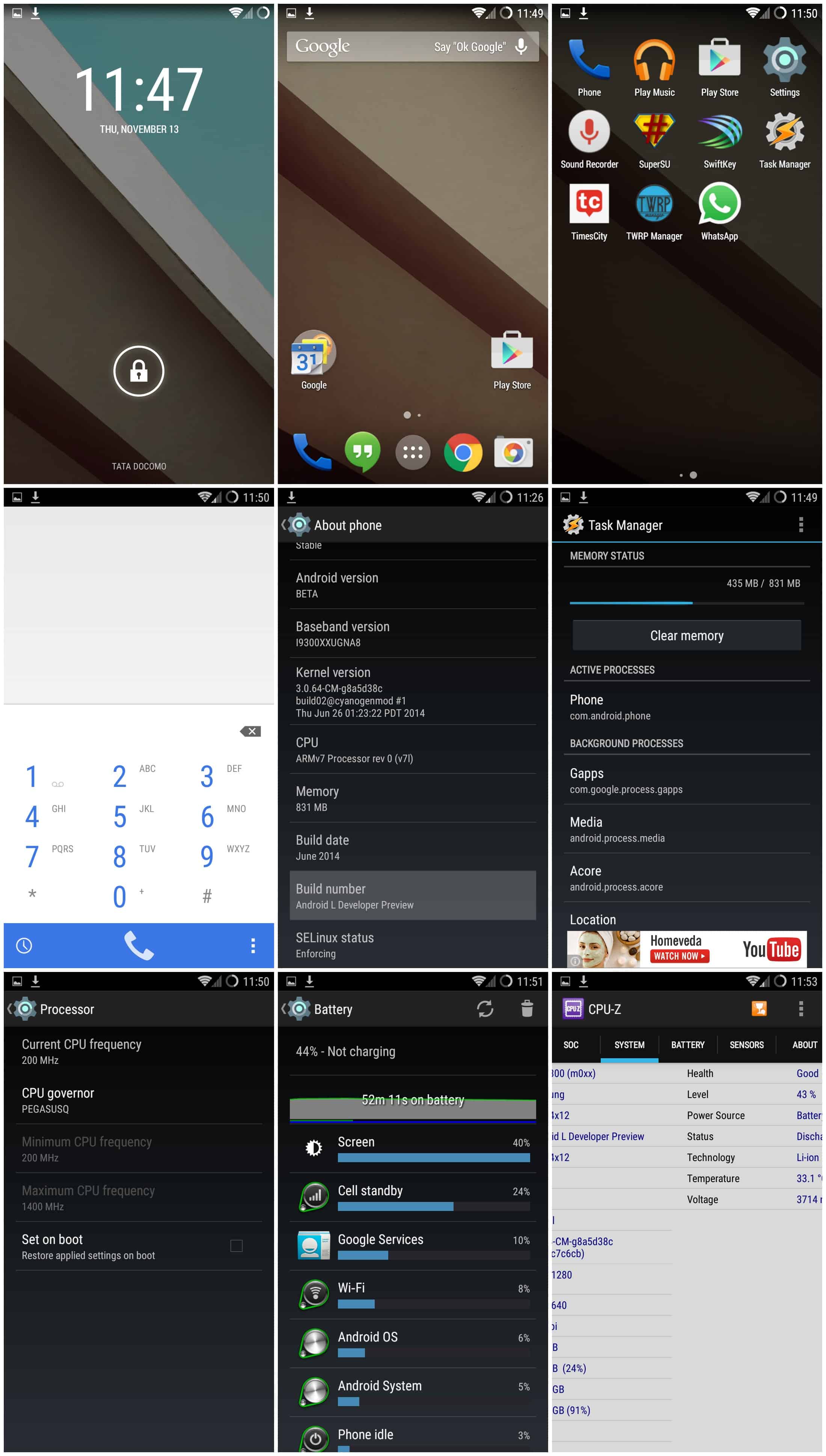 How to Install Android Lollipop in Galaxy S3

That’s a question which would be running in your mind if you are here, to tell you, for now there is no custom ROM which is based on Android Lollipop. Though Google has released the Android Lollipop Source code for AOSP but, the building would take time, because S3 has become a very old phone. But remember, though old you will find it running very smooth after installing the Android Lollipop Based Custom ROM in your S3. You can see the below screenshots (end of the post)

So, How to Install Android Lollipop in S3 ?

So here comes the core part of our Post, In this part you will be guided to successfully Install Android Lollipop Custom ROM on your Samsung Galaxy S3. So let’s begin with the installation process without wasting much more time.

To begin with you will need a Rooted Samsung Galaxy S3. If you don’t have a rooted S3, then follow the guide : Root Galaxy S3 without Computer. Rooting enables the normal phone user to get access to the root of the phone without the access to the root one cannot install any sort of custom ROM.

One great thing I like about the Samsung Phones is they already come with a Custom Recovery Installed. So if you would like to Reboot into Recovery mode the press the power button + volume up button and leave the press button, Later you will be taken to the recovery menu, but sometimes its annoying so I prefer using QuickBoot which enables me to boot into Recovery mode without pressing key combinations.