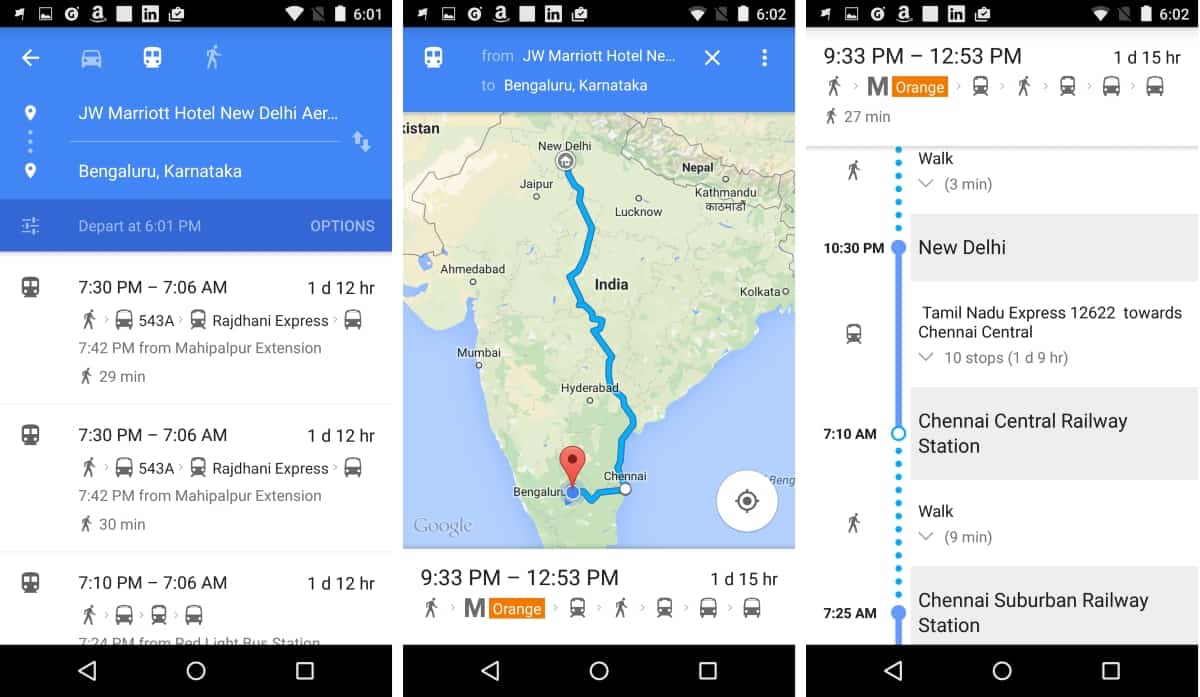 Google maps have been one of the best Android apps. Android was made to make using of phone easier, Apps made life easier and Maps made travel easier. Previously if one had to travel to an unknown place without any knowledge about that place and the areas, it was difficult. These days, one doesn’t think much when he/she has to travel, what they simply do is, Take out their smartphones and open Google Maps.

The Google maps comes with a lot of features which helps in traveling from one place to another, finding nearby places and their ratings. The public transit feature is the best addition to the Google maps, But previously not all public means of transport was included in the Public Transit. The public transit would help one to find a local bus in a particular area. Recently Google has added the Indian railway schedules for public transit directions.

With the addition of the Indian railways schedule into Google maps, one can check for the trains from one location to another. Though there are apps like MakeMyTrip and ClearTrip which allows you to check for trains from one location to another location and can help one book tickets also, but a normal user doesn’t travel on daily basis hence would not like to have such apps in his/her smartphone. On the other hand Google maps comes in pre-installed in every Android phone (unless the phone is rooted and has a custom OS installed in it).

Google Transit is part of our effort to make Google Maps more comprehensive, accurate and useful for millions of people around the world who take buses, trains, metros or trams to their next destination. We hope that the addition of the Indian Railways schedules pan India and updated information for eight cities to Google Transit in India will make it a little easier to plan your next trip,” said Suren Ruhela, Director, Program Management, Google Maps.

According to us, the service will be similar to the Bus Public Transit feature available i.e. It won’t allow you to book tickets from Google maps. It will just allow you to check for trains from the place with the departure time and the time it would reach the destination. There are no words about showing the “Routes” and the “Stations” which the train would pass on its way to the destination on the maps but it would show the direction on the maps.