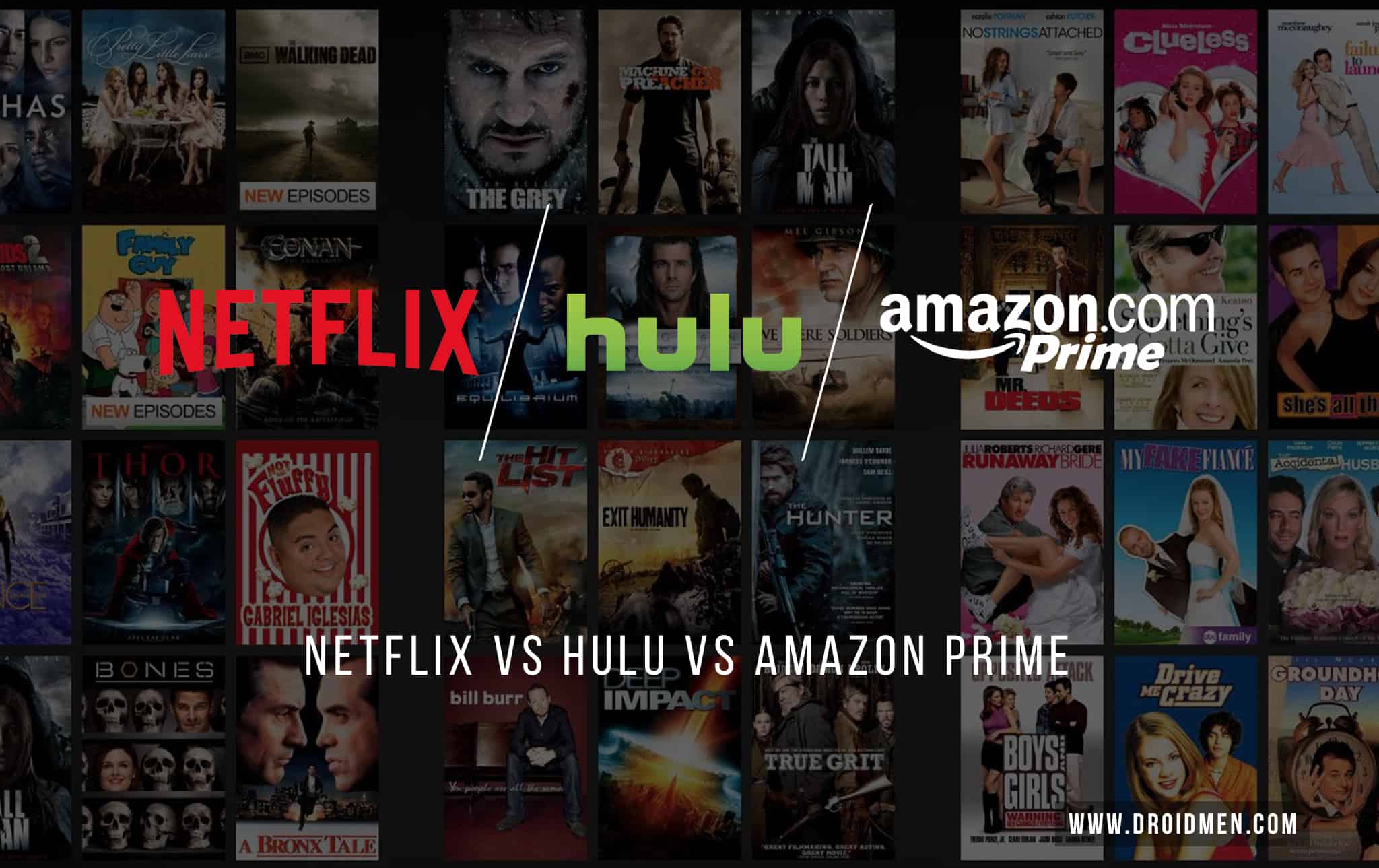 Hulu vs Netflix Comparison: Which is the Better Streaming Service?

Hulu vs Netflix or Amazon Prime? Selecting the best streaming service has always been a tough decision. The world of technology has witnessed several changes over the years. One of the biggest changes that have been brought forward in the recent times has been that of the shift in consumer habits. Visual content has become very popular and streaming services are hitting an all-time high.

Streaming television will soon take over cable television in the US, and things are changing rapidly. In this ever-changing world, the consumers are often confused between the best streaming platforms. Netflix, Hulu Plus, and Amazon Prime all offer the users with the best of services. However, here’s a detailed analysis of the three

Hulu vs Netflix vs Amazon Prime

What separates Hulu from Netflix is the fact that unlike Netflix, Hulu streams the latest episodes of current TV Shows. While Netflix does offer a number of shows, they release them after the season has aired or the show has been pulled off the broadcast. Hulu typically streams a show a day after it has been aired. However, with some shows, Hulu users can see only the five most recent episodes! That’s a disappointment for the binge-watchers.

However, the one major drawback that Hulu users face when compared with both, Amazon Prime and Netflix is, the fact that even the paying users of Hulu end up watching a few ads, while they have to pay up even more to get access to the completely ad-free version of Hulu.

The entry level subscription is that of $9.99, and the pricing goes even higher for the ad-free subscription, which costs $11.99. Hulu too, have original content of their own. Users can watch shows such as the Mindy project, Difficult people, Casual, etc. Hulu has a much smaller original content library when compared to Netflix. That is, the strongest part of Hulu’s existence is the fact that it offers the users with a really good-looking interface.

The company started off nearly 20 years ago in 1997 as a DVD Mail order company. It is a massive shift of gears that they have witnessed over the past decades. The company has now become a giant spread across various nations and has over 26 Million subscribers worldwide. Netflix has grown to such an extent that it has today become a cultural phenomenon.

When it comes to the kind of content, Netflix has one of the most diverse ranges of content available on the internet. The service is actually known for the award-winning, innovative content that they are offering the users. TV Shows such as House of Cards, Daredevil, Orange is the new Black, have caught the attention of the viewers, and have been doing really well.

The service also provides movies, documentaries, stand-up comedy and much more. Films such as Beasts of No Nation, Brahman Naman have been Netflix exclusive, and are doing well too.

Besides original content, Netflix also has a number of other TV Shows that the users can watch and enjoy, shows such as friends, breaking bad, how I met your mother and many others can be binged on Netflix. A number of new as well as old movies can be watched on the platform as well. In addition to that, Netflix is completely ad free. The content is available in SD, HD, and UHD. The subscriptions range from $7.99 to $11.99

Amazon Prime, which costs the users $99 a year, offers the best pricing deal out of the three. However, the fact is, that while it is a good yearly expenditure, and it costs the users roughly $8 a month, it is actually a large sum of money when you look at it from a one-time expense point of view. In addition to the Amazon Prime service, users also get a free subscription to Amazon’s two-day delivery service. For those living in a select group of 16 cities, same-day service to is available.

Amazon Prime offers the users with a 30-day free trial, following which they can decide to opt for the premium plan. When it comes to original content, Amazon Prime has an even smaller library when compared to the other two services. The service features some really good shows such as Transparent. The service has an estimated 40,000 streaming movies and TV Shows in total.

Amazon Prime has a great collection of movies, new as well as old. The TV Shows that they provide too, are quite good. Amazon Prime offers all seasons of the good wife, HBO Originals, Newsroom, The Sopranos, and many other hit shows

Conclusion: Hulu vs Netflix vs Amazon Prime who wins?

While all these services are good quality, a lot of people do prefer torrents. But if I was supposed to select one, I’d surely go for Netflix. Hulu and Amazon Prime aren’t available in many countries, but Netflix has already made an entrance to countries like India. Hulu can only be watched from the US, anyone who doesn’t live in the US, should need a VPN service to access Hulu. The way, Netflix is growing, we shall also expect to Netflix soon at locations where the other services don’t serve. Doesn’t mean, Hulu and Amazon Prime aren’t worth, but Netflix is just better!