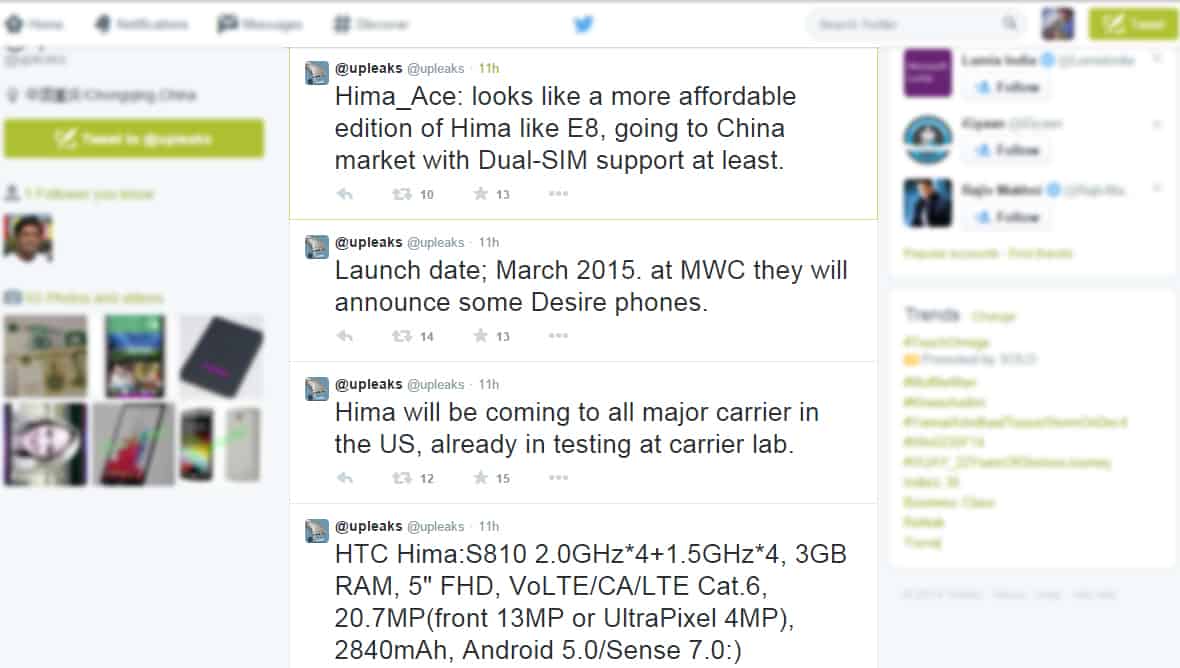 No HTC One M9, Because This Time It is HTC Hima

The HTC Hima would encompass the specs which were reported to be found in HTC One M9 Leaked Specifications, So it is rumored that HTC Hima would encompass a 5-inch Display of 1080pixels screen resolution which would have it’s octa core processor with 4 cortex-A57 cores clocked at 2.0 GHz and the other 4 Cores would be the Cortex-A53 Cores which would be clocked at 1.5 Ghz.

With such a solid CPU Configurations, the HTC Hima would also come with a Adreno 430 GPU to perform Graphical processing and would be supported by the 3 GB RAM which would store all the data on a temporary basis. So that multi-tasking can be made more efficient.

Coming to the Camera and Battery, The HTC Hima would come with a 20.7 MP Primary/Rear camera and 13 MP or 4 UltraPixel Front camera which would help you capture a cute selfie. All this would would be of no use without a 2840 mAh Battery because one cannot use a Phone without a Battery.

Operating on the Android Lollipop OS it would come with the HTC Sense 7.0 UI which would be one of the beautiful combinations which would make the Material Design look effective. According to GSMArena, the HTC Hima is expected to Launch soon at CES (Not confirmed). The @upleaks also says that the Device is already with the carriers. So you may see HTC Hima T-Mobile, Sprint, Verizon, AT&T or other carriers.