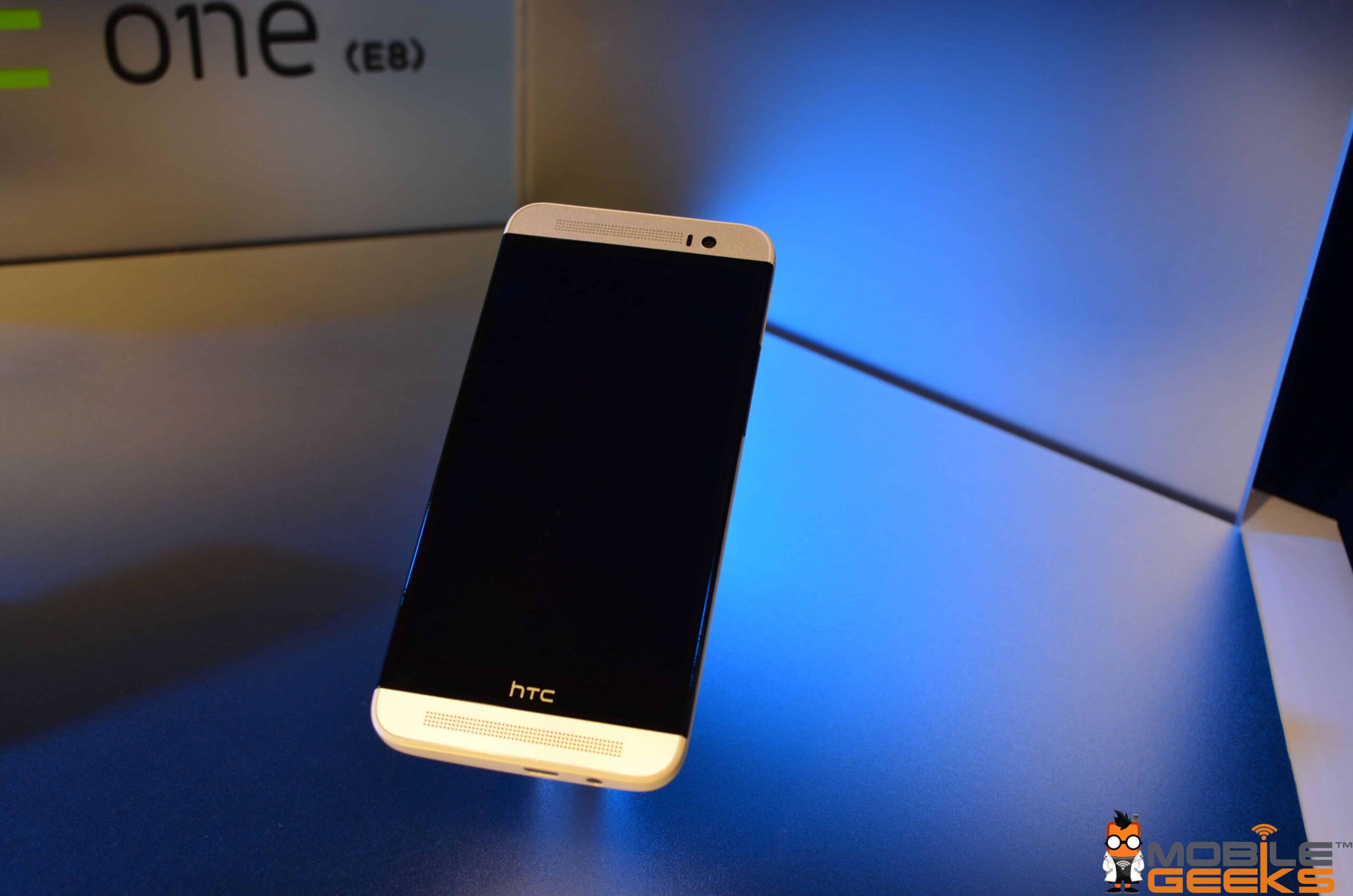 HTC One E8 Specifications and Price – Cheaper HTC One M8

2014 has become one of the best years for smartphone lovers as many great devices are getting launched from some new companies and some very popular ones.

One of them is HTC, the Taiwanese based handset giant who recently launched HTC One E8 & Desire 616 in India and since then much hype has been there regarding these phones, especially the former i.e. HTC One E8. Why so?

Well, HTC One (E8) is nothing but One (M8) itself except that it’s within a polycarbonate casing rather than metal, along with minor hardware changes. So in this article, I am going to discuss about HTC One (E8), it’s specifications, pricing and share my personal & brief opinions on this phone.

Housing specs similar to One M8, the HTC One E8 has been launched targeted at parts of Asia and Eastern Europe. Specifications are almost same except for the camera where the Dual LED flash has been replaced by single LED and the 4 UltraPixel camera by a 13 MP one. The device features Dual Curve design which according to HTC’s claims is

An ergonomic masterpiece, the HTC E8 fits naturally in your hand in virtually any position.

It is definitely a great device to be considered. Personally speaking, as of now even I am in the process of finding a phone for myself and this phone has attracted me a lot.

The HTC One E8 operates on the company’s heavily customised HTC’s UI – Sense 6.0, Based on the latest Android 4.4.2 Kitkat operating system. It is believed that the device will receive Android L upgrade when it arrives even though HTC is known for rolling out updates very slowly.

The HTC One E8 will be powered by Qualcomm MSM8975AC Snapdragon 801 chipset containing withing itself a Quad-Core 2.5 GHz Krait 400 CPU and an Adreno 330 GPU, the best in class. It means that users won’t face any problem such as lags while using it for playing games, multitasking or any such activity.

[alert-announce] I will certainly test its performance by throwing Facebook, Viber and other such resource hungry apps in it and will inform you all. [/alert-announce]

The HTC One E8 is equipped with 2 GB of RAM which is the same as that of its cousin M8. While KitKat is very resource friendly, able to run smoothly even on 512 MB devices, the extra RAM accompanied with the fast and powerful processor allows the user to perform any and every task that he/she wishes.

The HTC One E8 comes with inbuilt storage capacity of 16 GB out of which about 10.6 GB is user usable. Here, I feel that HTC should have followed the same way as it did for HTC One (M8) and introduced a 32 GB version too leaving users with an option. 10.6 GB is certainly not enough considering how games and apps are becoming heavier in size. Don’t worry Freaks! HTC One E8 as M8 has an External storage support!

The good thing is that HTC hasn’t removed external storage option in HTC One E8 which is certainly a good move. The device can be expanded upto 128 GB with a microSD card which is incredible and the highest of the limit till now.

HTC One E8 comes with a 5.0 inch Super LCD3 capacitive touchscreen supporting a resolution of 1080 x 1920 pixels with a 441 PPI pixel density and is protected by Corning Gorilla Glass 3.

As far as opinion is concerned, it is the same display that’s there in HTC One M8 and is believed to perform equally. So according to some reviews, it has good wide viewing angles, pleasing brightness and rich colors.

As Selfie trend is continuously increasing so the need for a good camera within a smartphone be it front or rear and HTC has done really great in this section. The front cam is a good 5 MP so be sure to keep your ‘Selfie’ madness over the top.

The HTC One E8 comes equipped with a rear camera of 13MP supported by a single LED flash (as opposed to the 4 Ultra Pixel Dual Camera, Dual LED flash found in HTC M8 and producing an image of resolution 4128 x 3096 pixels which is great.

When we edit pictures, while exporting it, the pixel count may decrease so having a huge resolution will help decrease this side-effect.  Both the cameras are capable of recording videos at full 1080p. The HTC One (E8) truly delivers a superior imaging package which is seen in the devices manufactured by HTC

All the general 2G and 3G connectivity options are available on both the SIMs. Regarding 4G LTE, the phone is supposed to support TD-LTE in Band 40 (2,300 MHz) on SIM-1 only, which is a band on which Airtel operates its 4G networks and RIL’s Jio Infocomm would launch its 4G network.

It is just speculation but seeing HTC enabling 4G connectivity for Indian users on One (M8) via a small update, it can safely be assumed that E8 will come with LTE support out of the box. At the moment, 4G connectivity on smartphones is only available on Airtel’s network in Bangalore.

As can be seen in the above pic, the HTC One E8 comes in at various color options. These are Polar White, Electric Crimson, Maldives Blue, and Misty Gray. Misty Gray and Polar White are the ones that I personally like the most and many would agree!

Development, actually does not rightly deserve to be mentioned in this article but am still including it as many buyers place heavy importance on aftermarket development of a phone.

HTC One E8, being similar to the flagship M8 is believed to receive great development support too so Modders need not worry and People who wants to install latest tweaks too need not worry!

HTC One (E8) has just been launched and will be available starting from the end of July as confirmed by various sources. The HTC One E8 will be available in the a price tag of Rs. 34,900. (prices might differ). HTC is always known for Premium Smartphones with a Premium price tag, It won’t cost less than 34,900 INR.

Read More
Table of Contents For the Sports FanFor the GamerFor the FashionistaFor the BookwormFor the ArtistFor the MusicianThese Are…
GGadgets
Read More
Sony Xperia M2 Aqua – The World’s most waterproof Smartphone arrives, Everyone who have thought of buying a…