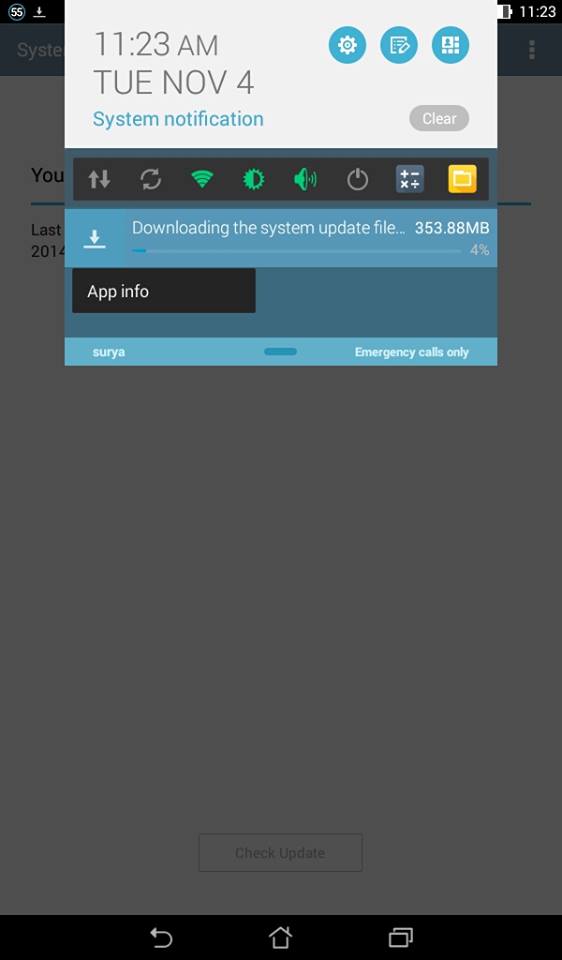 How to Stop Downloading of Android OS Update in Any Android Phone?

Today morning when I was talking about the Android Lollipop Source code released by Google for AOSP, a Administrator from Bagics Facebook Community posted out that

Asus Tablet, I Started to download 353MB update for Android 4.4.4 Kitkat. But I don’t want it now as I read reviews about that after Kitkat so many issues. It is now at 10% and unable to stop the download.. as long as WiFi connected it is continuing.. how to stop it downloading when I connected to wifi?

Well, it is not exact that the updates are causing problem directly to the phone, but the people who have limited internet usage don’t like to download Android Updates having many bugs in it, and one such friend wasn’t able to stop the update when WiFi was turned on. So to solve the problem most of the members in the group came up with various solutions, but nothing worked, Finally this is what we did to Stop Android update when the WiFi was Turned on.

How to Turn Off Downloading of Android OS updates?

Well, this method would work for almost all the Existing Android Phones, but to be specific I will go with the Asus Tablet (as the member had it) So the problem was Unable to Turn off Downloading the Android OS update. Actually there is no Direct method to turn off Android OS updates in Asus Smartphones/Tablets once you begin Downloading the updates. Let’s begin with the method without wasting a minute.

[alert-note]For Turning off the Automatic Android OS update, Downloading should be in progress, once installed this won’t work.[/alert-note]

The problem was faced realtime, so we have a screenshot of the Android update download (in progress screenshot).

When we said to test the update, Because of limitations of Data usage she couldn’t download the KitKat update. Anyways who would like to see their Phone running with Bugs? I Hate it when I see some app not responding (unless externally not forced).

Because there was no Direct option to turn-off the Update which was being Downloaded. We had to use a very easy method, but unpopular among many Android users.

Keep Pressing the Android Update which appears in the Notifications.

Later you will see a tool-tip having “App info” in it as shown in the beside screenshot, Actually holding the notification for a long time enables us to know the app which is responsible for that notification and all events that occur because of that app. Once you see the “App info” tool tip just move to the next step.

To turn-off the Android Update which is getting downloaded, you will have to turn-off the app which is doing that, In case every Android Phones you would find a Client, Be it samsung or be it Sony or even be it Motorola or even Asus, any phone working on Android OS would have this client or app.

Our purpose here is to turn-off downloading of updates in the Android Phone, so we limit it to that and would not explore much about the DMCLIENT. So to turn-off the downloading of the Andorid Update we gotta Force Close the DMCLIENT, and when you click on Force Closing button, a pop-up would appear saying “Force Stopping may cause the App to misbehave” Just click “OK” and the DMCLIENT would be forcefully stopped and Later you would notice that the Android update which you were trying to stop from getting Downloaded, will automatically STOP. That’s it, You’ve successfully turned off the Android update which was getting Downloaded.