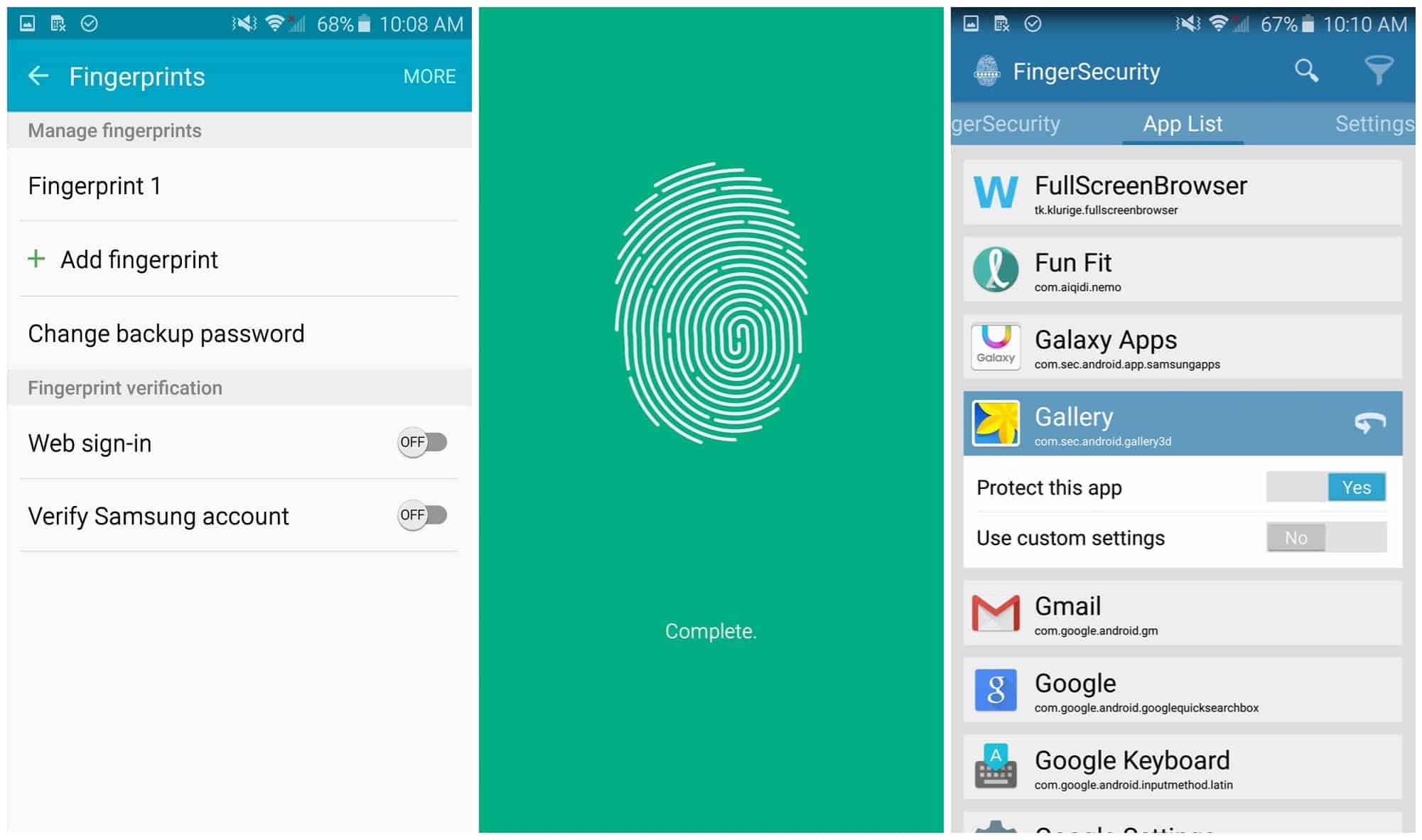 Android Operating system is one the favorite operating systems when it comes to Smartphones. The usage of Android OS is using day by day. With the growth in the usage of the OS, Smartphone manufacturers like Samsung, Xiaomi, Motorola, Asus are coming up with smartphones/phablets with beast-like specs. Recently Samsung launched the most advanced Phablet, the Galaxy S6 and Galaxy S6 Edge as an addition to its most demanded S series.

But this guide is not just using the Fingerprint lock feature to lock or unlock the home screen, it has the steps which will enable any Samsung Galaxy S6/Galaxy S6 Edge user to lock and unlock any Android App, be it WhatsApp, Gallery app or the contacts app. After following this guide any Samsung Smartphone owner with Android 4.3 or above with Fingerprint sensor in the Phone will be able to lock/unlock specific apps using the Fingerprint scanner. So want your Galaxy S6 Edge/Galaxy S6 to be more secure? Let’s begin with the steps then.

This guide is exclusively meant for the Galaxy S6 or Galaxy S6 Edge users, but any other Samsung user with an Android version above 4.3 and a Fingerprint sensor can implement the steps and add a fingerprint lock to specific apps. This guide also requires you to install an Android app which is not made by Samsung to interact with your Fingerprints. So agreed? Let’s begin.

Step 1 : Add your Fingerprint in your phone.

So the first step is very easy to follow, Every samsung phone which has a fingerprint sensor will have a Fingerprint manager in the Settings. If you haven’t found it, then navigate to : “Settings -> Lock screen & security -> Fingerprints” and click on Add Fingerprint and add a fingerprint to your Phone.

Step 2 : Download FingerSecurity App from Google PlayStore and Install it.

The FingerSecurity is an Android app which would allow you to lock specific apps using the Fingerprint sensor. There are a lot of apps available on the Playstore which can interact with the Fingerprint sensor but, this one looks clean and I found it easy to use, hence this guide can only be followed if you are installing this app.

Once you’ve installed the FingerSecurity app, open it. While opening it, it will ask you to enter your Fingerprint to launch it. After it launches, swipe to the settings tab and manage the settings like “Alternate password”, “Advanced settings”. The alternate password option will be into use when you are not able to unlock an app using your fingerprint or there is some problem with the phone’s finger print sensor.

Step 4 : Lock the Apps which you want to secure using FingerSecurity.

So liked the article and the way of securing someone to access the apps? Share it with a Friend who owns a Galaxy S6 or Galaxy S6 Edge or any Samsung smartphone with Android 4.3+ and a Fingerprint sensor in it and help him secure his phone.