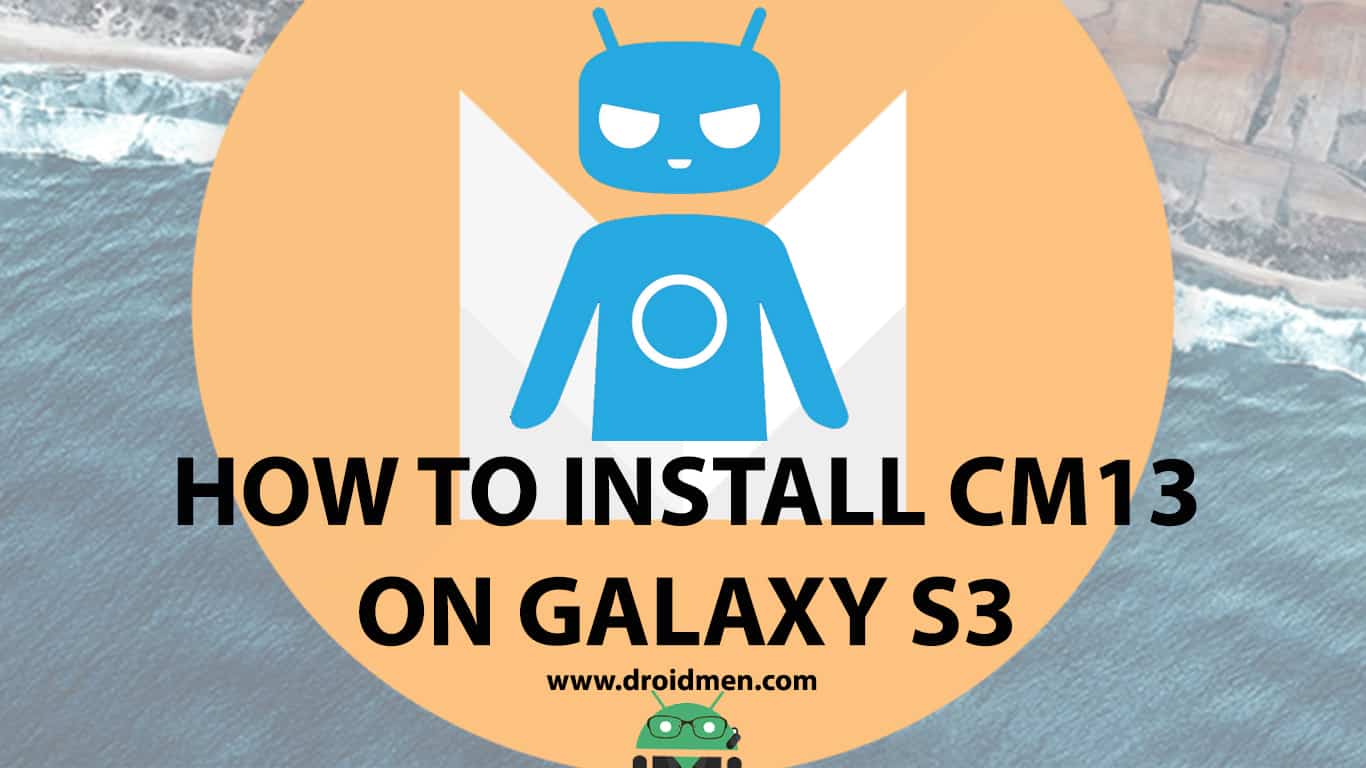 How to Install CM13 For Galaxy S3.

While the other smartphone giants are busy making the official firmware’s for their devices, the Cyanogen Inc, a group of Android enthusiasts making a customized version of Android OS in the form of CyanogenMod is up with CM13. As the title says, we will be up with steps to install Android 6.0 Marshmallow on Galaxy S3. So lets begin with the steps:

How to Install CM13 Android 6.0 Marshmallow on Galaxy S3?

Before beginning with the guide, I’d like to inform you that we are not installing the official firmware for the Galaxy S3. It is a custom ROM which is developed by un-official sources. Though it is named as CM13, it is not officially build by Cyanogen Inc. Installing this ROM also required access to Root and rooting voids the warranty of the phone.

We won’t be responsible for any damages that takes place while or after installing the ROM and rooting the phone.

To Install the ROM you will require access to Root. In case your device is rooted you can proceed with the step 2, or else follow this guide: “Root your Galaxy S3 (GT-I9300) without PC”. Once done with rooting, you can come back and proceed with Step 2.

To Install the CM13 ROM on your Galaxy S3 you will have to Download the CM13 ROM and Google Apps for Android 6.0 Marshmallow. Once downloaded store these files on your SD card or Internal Storage (SD card recommended). It is also recommended to store the files to the outermost of the SD card/internal storage.

Once you’ve downloaded and stored the ROM & Google Apps on your Mobile device. Reboot your device into recovery mode by pressing “Power button + Volume UP + Home Button” simultaneously. In case you don’t want to press the keys, follow the guide: “Reboot into Recovery Mode without pressing buttons”.

Once you are into the recovery, click on “Install Zip” and select the CM13 ROM which you’ve downloaded, after installing that, install the Google apps package. Once done with installing both the zip files, Restart or reboot your Galaxy S3 and you will see Android Marshmallow running on your Galaxy S3.

Have some queries? Faced any problems while installing the Cyanogenmod 13 ROM on your Galaxy S3? Post us your queries and we will try to solve your problem!

HHow-to's
Read More
Hard Reset is one of the safest way to Remove all the things in your Phone. There are…
AAndroid News
Read More
Table of Contents How Does Airplane WiFi WorkGround-Based Mobile Broadband TowerSatellite TechnologyIs In-Flight WiFi Fast?There’s Hope for Faster…
AAndroid News
Read More
All of the Xiaomi Smartphones come with MIUI installed in it, The UI is not just limited to…
HHow-to's
Read More
Table of Contents Debt StrategiesThink forwardMake one person responsibleBe awareRefactor debtContinuously regression testAccept specific technical debtConclusion It’s always…