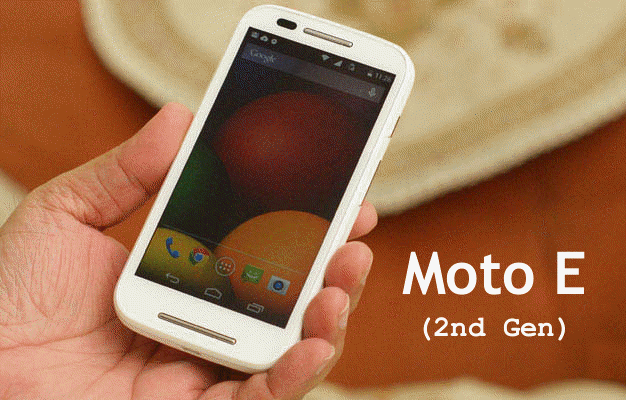 How to Install CyanogenMod 12 in Moto E 2nd Gen.

Though the Moto E 2nd Gen works smooth with the stock Motorola’s firmware it has, but the geeks out here don’t chill when they see a new Phone without a Custom ROM/ Firmware flashed into it. These days, the development of the things are faster than they were before, people have not yet bought the device yet and developers have developed a new firmware for the Phone. Without wasting some more time discussing about the fast development, let’s begin with the steps to install CM12 in the Moto E 2nd Gen.

So ready? Want to remove Motorola’s Firmware and the apps from your Moto E 2nd Gen? No problem let’s begin, before beginning with the steps to flash. There are some pre-requisites for installing the CM12 in your Phone. I’m listing them below.

Once you are ready with all the Pre-requisites, you get a green signal from our end to begin with the steps to see the CM12 ROM in your Moto E 2nd Gen.

[alert-announce]Disclaimer : Neither Droidmen nor the Author would be responsible in case any damage is caused while installing or after installing the CM12 in your Moto E 2nd Gen.[/alert-announce]

Step  1 : Transfer the Downloaded files to your SD card/Internal Storage.

Above I’ve linked the CM12 and Google Apps, Download them, place them into your Internal Storage or SD card without extracting them, You can create different directory to place the files, but it would be best if you transfer both the files at the root directory.

Above I’ve already mentioned the pre-requisites i.e. the Phone should have an unlocked bootloader and should be rooted, in case you’ve not done that then you are requested to take help of google/xda and follow some guides and get your Moto E 2015 rooted and do install a custom recovery in your Phone.

Nandroid Backup is a feature which comes in recoveries which enable you to take the backup of the current ROM which is installed in your Smartphone so that in case the custom ROM you are going install if not successfully installed or in case it has some bugs then you can revert back to old ROM which was working smoothly. Hence we recommend it!

Read More
Table of Contents New Year’s Eve Party Ideas1. Have A Themed Party2. Make It A Potluck3. Set Up…