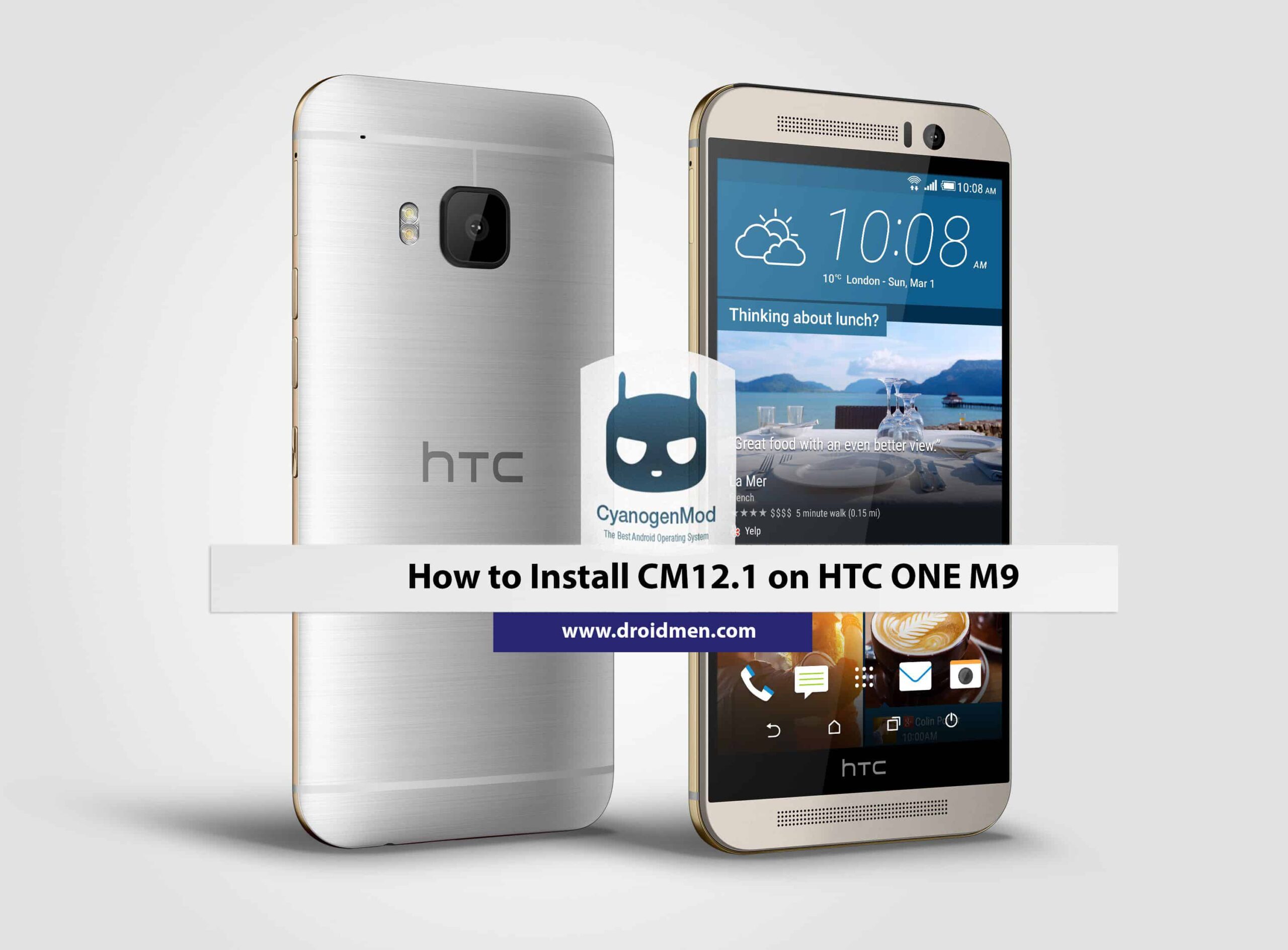 HTC One M9 AKA HTC Hima has been in the news since it’s launch. This phone has been everyone’s eye candy and has made to the list of Verizon’s Top 5 Smartphones of 2015. Though it is a beast like phone, but an android geek could not avoid himself from getting into the root of it. Installing custom roms is what all android freaks love.

{adinserter 3}This CyanogenMod 12.1 Android Lollipop is the UNOFFICIAL version that has been created by XDA members. Many M9 users have used and tested this new ROM and are pretty happy with their phone. But we would suggest you to proceed at your own risk. Enough of story telling. Let’s hop in and quickly get your HTC a new OS – Cyanogenmod 12.1 .

As said already, the CM12.1 version which you are about to install is an unofficial version. On the other hand the phone will require access to the root. Rooting voids the warranty of the phone, hence, you won’t be able to claim the warranty. Neither Droidmen nor the author will be responsible if any damage/issue occurs while or after installing the CM12.1 on your HTC One M9.

And you are done! When the phone restarts it will be running on CM 12.1 Android 5.1.1 lollipop. Be patient, The first boot will take time, In case you see ‘Boot loops’ or the phone doesn’t gets booted then you can ping us here.  There are chances that the HTC One M9 might face boot loops if you’ve used the CWM Recovery, hence we recommend you to use TWRP recovery while flashing this ROM.

AAndroid NewsMobile Apps
Read More
One of my Friend asked me out How to Record the Screen on my Android Phone? I said…
AAndroid News
Read More
Recently Xiaomi announced the Redmi 3 as an addition to the Redmi smartphone series and now the apple…
GGadgetsHow-to'sSamsung
Read More
Table of Contents Requirements :Step 1 : Check whether the Samsung Galaxy S3 you are using is compatible…
HHow-to's

Read More
Table of Contents Here are some tips to help you run your operation:Integrate Your TechImprove Customer ServiceLearn How…