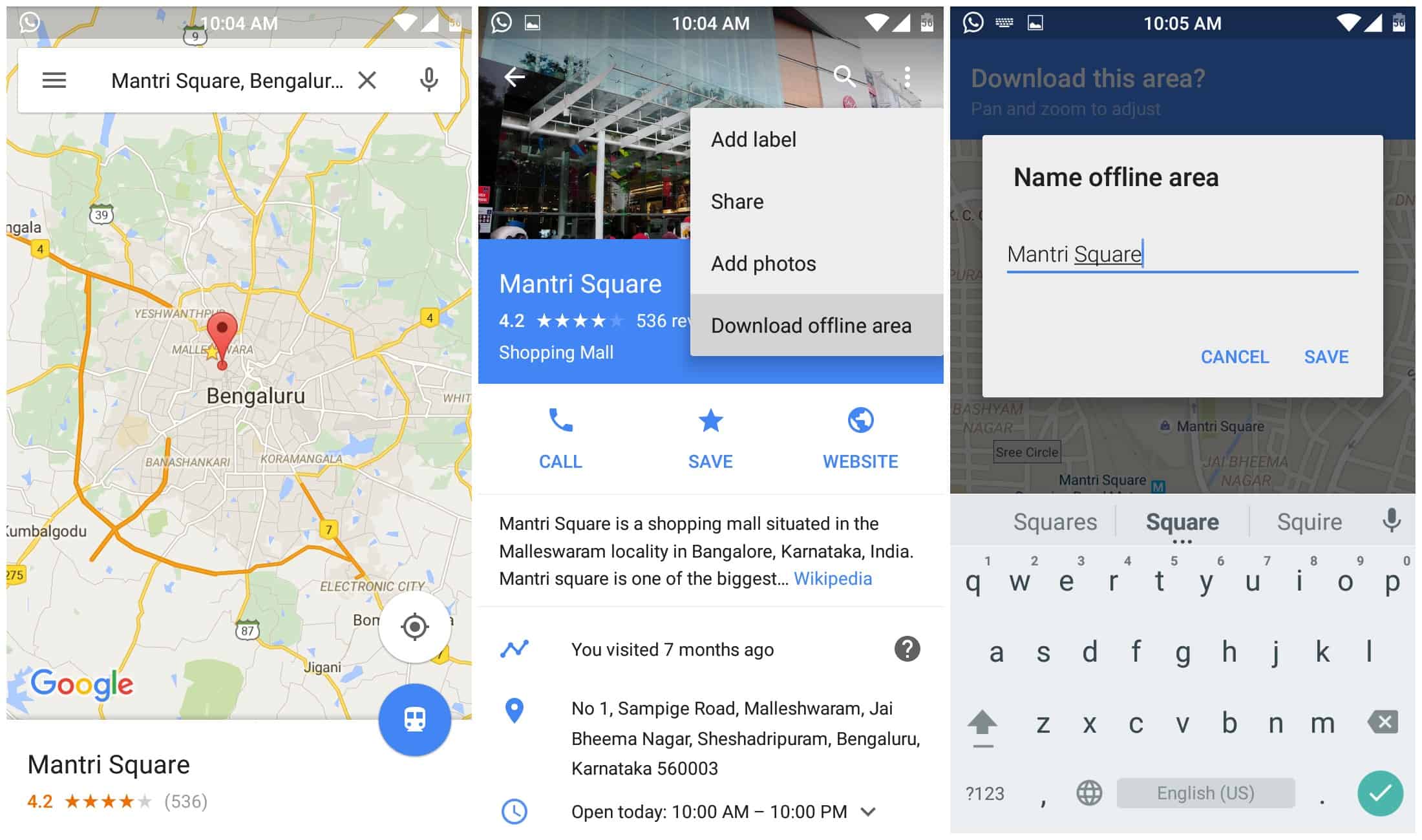 4
Shares
4
0
0
0
[dropcap]G[/dropcap]oogle Maps is the best thing that has happen to the people on the earth, especially to the one’s who travel a lot, with Google maps moving in a new city or travelling to an unknown place is no more difficult. There used to be days when people waited for someone else’s guidance to reach their destination.

{adinserter 3}The only limitation of the Google maps is, it consumes lot of Internet data and network problems. Network connectivity problems while travelling can cause a lot of issues like not getting upgraded depending on the location, thus increasing travel time and cost of travel.

To all the people who are dependent on Google maps, this article will save a lot of time of yours while travelling, because in this article, I’ll explain you “How to use Google maps GPS offline”.

How is Google Maps offline different from Nokia HERE maps?

Offline navigation and availability of maps offline has been a feature of Nokia HERE maps, however it is a bit different from the Google Maps offline maps. [pullquote]Google Maps Vs Here Maps Comparison based on old features! [/pullquote]Google’s offline maps availability allows you to download the map of the area which you want to access, and not the map of the entire area. This makes the Google maps a bit different from the Nokia HERE maps.

How to save maps on Google Maps offline?

That’s it you’ve downloaded the “Offline Google Map” and you can access the area without Mobile Data. To access the “Offline Google Maps” bring out the menu drawer i.e. “Left side, Three lines on the left hand corner and click on “Your places” and scroll down and you will be able to see the offline areas which you’ve downloaded, click on the area you want to see and access that area without having an Internet connection.

How to use offline Navigation Feature without Internet connection?

MMobile Apps
Read More
Table of Contents What are personal loan apps?How are personal loan apps known to work?Using mobile apps for…
AAndroid NewsHow-to's
Read More
Table of Contents Pre-Requisites.How to root your Galaxy S4-I9505?Step I : Download Chairfire Auto-Root package and Odin v3.09…
HHow-to's
Read More
Hard Reset is one of the safest way to Remove all the things in your Phone. There are…
MMobile Apps
Read More
An all new, ‘Motorcycle Mode’ is making its way into Google Maps. This is a mode specifically designed…