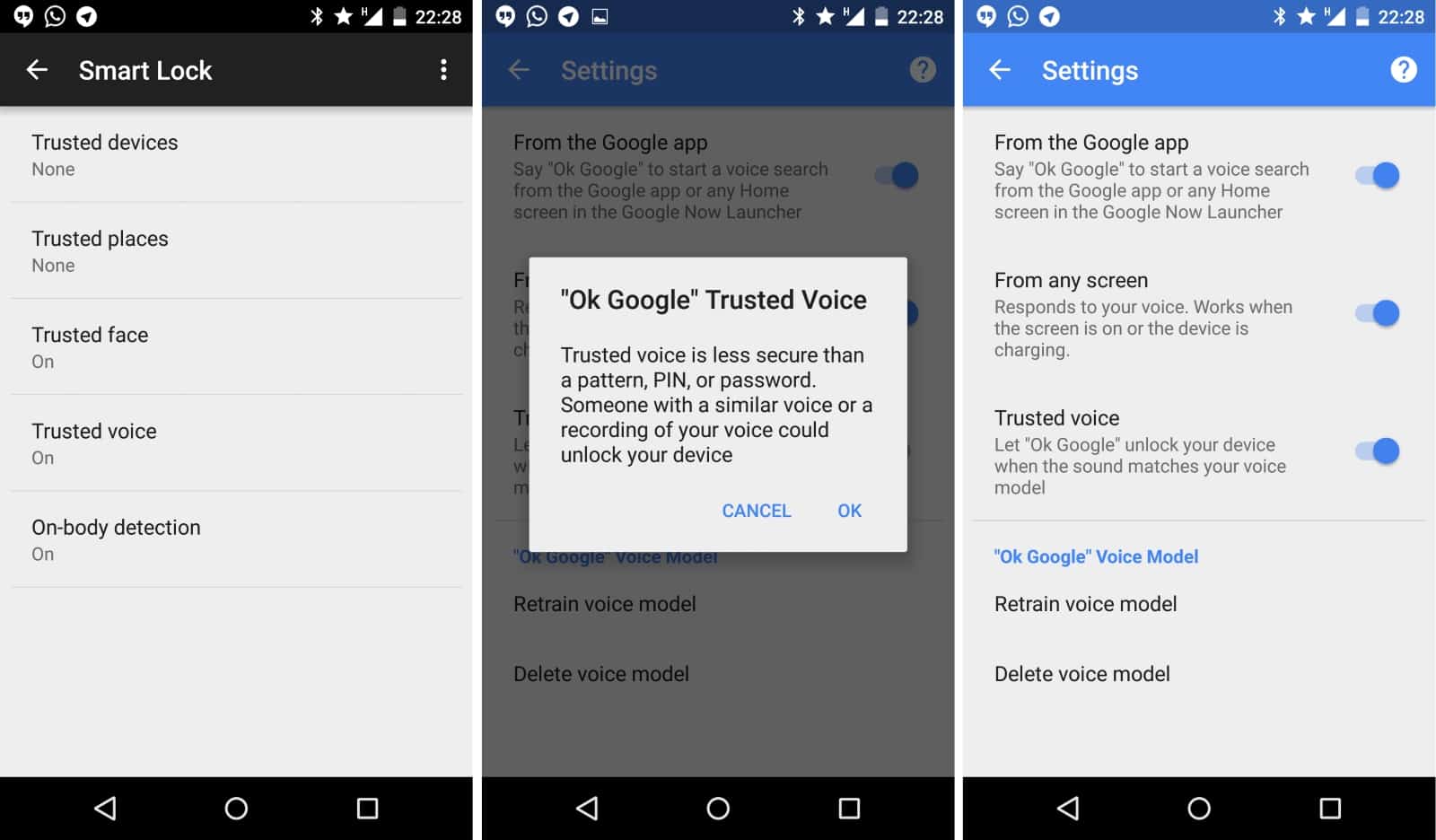 Android Lollipop has been one of sweetest Android releases ever, termed sweet because of the Materialistic Design approach and the name “Lollipop”. The Android 5.0 Lollipop not only brings in the concept of material design, but it also has many new features and many API’s unlocked in it.

The search giant has slowly began rolling out the new “Trusted Voice” option to the Smart lock feature in Android, which will enable users to unlock their Smartphones using Voice. The news around says just saying “Ok Google” will allow the user to unlock their Android Devices. When a user selects “Trusted Voice” as the option of the Smart lock, Google warns them saying “Trusted Voice is less secure than Password, PIN, or pattern lock as someone with the similar voice or recording of the voice could unlock the device”

The Trusted Voice option uses the “OK Google” voice training which most of the Android users who use Google Voice Search are aware of, so in case you get the “Trusted Voice” Feature and on enabling it, you will have to speak “OK Google” to unlock the device. It’s very easy to use, but in case the Mic of your Phone is not in a working condition then you won’t be able to unlock the Device.