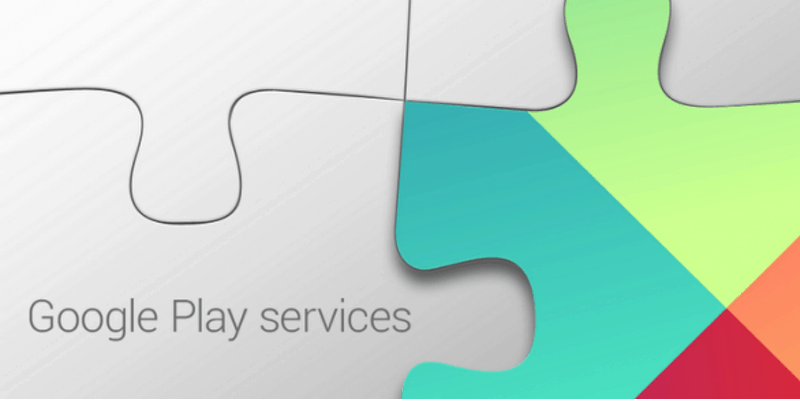 It is also essential to know that Android’s source code is released by Google under open source licenses. As soon as you switch on your Android smartphone, you may find a good number of apps pre-installed.

These are the proprietary software required for accessing Google services. Most first time users presume these apps to be malware just like the programs that come along with your laptop nowadays.

But, unlike your PC, a few apps aren’t. The Dark Knight that usually takes the blame.

What is Google Play Services?

The words ‘Play Services’ may sound like an oxymoron. You might also be wondering that this might be one way Google is monetizing from Android. Absolutely NOT. If you are disabling your Google play store, you are trying to stop Batman from doing his job. Before you know how, it is essential to know Android and its works.

How Google Play Services Give the Solution to Fragmentation Problem?

This is not always the case. Technically speaking, Android is an operating system for mobile devices. Because it’s open source, a company can ‘play’ with its code without involving Google at all. The Kindle Fire is the most obvious example of this.

While they run Android, they lack the Play Store, any built-in Google services, or even any mention of Google at all. Instead, they built their own app store, content services, and hardware. This is what Android is, a platform for any company to build on.

One of the most important lessons of Branding is Innovation through Acquisition. It is essential to keep the acquired brand close to maximize brand value. Needless to say, Google takes centre stage when it comes to Android development.

Over the years, Core Google apps such as Chrome, Hangouts, Keyboard, YouTube were unbundled from Android and updated separately.

The Installation problems of Google Play

Have you observed that, after upgrading your android, you are immediately notified to update all your apps? This is because every Android version requires new APIs for the apps.

This created trouble for Google’s core apps (Chrome, Hangouts etc). This means these core apps may not enjoy updated Android features if they are running on older Android versions.

How to Install Google Play Store?

Here is where the install Google play store comes to ‘play’

‘Google Play services’ is your Chamber of Secrets. It brings new features to existing devices without users having to worry about what OS version they are on. So, that means

This is the point of Google Play Service. It sits on your phone, silently bringing awesome new stuff. In simple words it upgrades your phone’s framework so that you can be able to run latest apps. It also applies latest security patches through about install Google play store. It’s a base for Google services for syncing and communicating with servers.

And it is most certainly the reason why you are able to notice that more number of Google apps such as Google Keyboard, Google Calendar etc. are now available on the Google Play Store.

And it just doesn’t stop there. It goes one step beyond just shipping exclusive apps and app store. As it makes important APIs available only on Google’s Android, it makes much harder to port apps from Google’s Android to non-Google’s Android. Google Play service also enhances your app experience.

It Speeds up Offline Searches

It provides more immersive maps, and improves gaming experiences. In case you are wondering how, try this experiment on your own. Type anything random that you want to know in the Google search bar. Now, try typing a few alphabets in a new search.

You will be amazed to find that as you type you can find suggestions of terms based on your last search. Such is the awesome machine learning power of Prof. Google. And this data is synced to your account with the help of Google Play Service so that next time you can continue from where you left off.

At the first, the people who have uninstalled the Google Play Services might have expected that their phone would work “Smooth” and “Quick” but however, that’s not the case, the phone tends to start lagging, you might also see some Apps which rely on Google Play service shows some “Error Popups” and “Force Closing Popups”.

Without the Google Play Services

In most cases, it updates automatically in the background. If you are confused about its update, then you can check manually from your device. To check the up-to-date on Google Play, open the Google Play Service app. If you see the current position is ‘Deactivate’, then it is updated. But If you see the ‘Update’ button then you have to download and install the latest version for updates.

If your app crashes, fails to load, or clogged up, you might get an error message. Now you have to clear temporary files from your apps that you don’t need when you sure that your app is updated. Then follow these steps:

You may have wait for 2 minutes for the change. If you’re getting trouble downloading the app, then you may repeat the steps.

Why does Google Play Service need so many permissions?

Google Play needs permissions because it acts as a hub. Other apps of Play Store rely upon the security provided by Google. Whey you install Google Play, it asks a lot of permissions to access your device’s calendar, body sensors, contacts, phone, microphone, SMS, camera, and storage.

After downloading the Play Services we also recommend you to download the Google PlayStore in case you don’t have it. In case you still feel some problems we would suggest you to see all the apps that come in, when you first bought the Phone and install all those apps and stay updated. That’ll solve all the problems on your Android Device.

HHow-to's
Read More
Table of Contents How to Root Lenovo A6000 Easily?Things RequiredSTEPS TO ROOT THE LENOVO A6000 SMARTPHONE Hearing 25000…
AAndroid News
Read More
There is a new update in Google calendar app for events, places and people come in more than…
AAndroid NewsApple

Read More
iOS and Android have long dominated the smartphone operating system market. iOS and Android app developers spring up…
AAndroid NewsMobile Apps
Read More
Google has made Gmail ubiquitous with the word email. For those of us who have been on the…