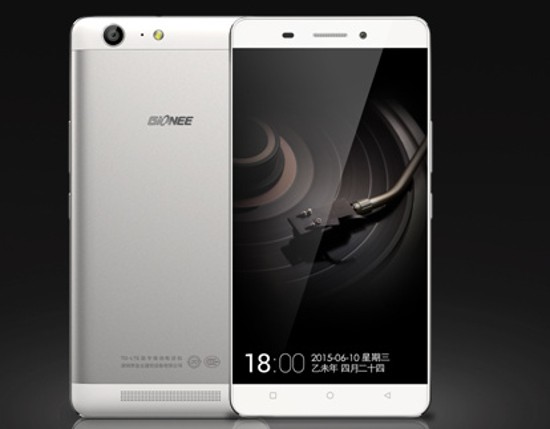 Gionee announced another addition to the prevailing M-series i.e. Gionee M5. William Lu, Gionee’s president announced this phone yesterday. The features which makes this phone stand out is the dual battery with 6020mAh capacity

As if 6020mAh battery wasn’t enough to sweep us off our feet, there is a smart power consumption management feature. This feature will stretch the battery life even further. The manufacturers claim that the battery is enough equipped to give a standby of up to 62 hours with 5% charge remaining.

Gionee M5 also sports another handsome feature, which is called the reverse charging features. This feature will let you charge other devices from Gionee M5. The phone weighs 213 grams and is equipped with loudspeakers and a 3.5mm jack slot. Gionee M5 sports a 5.5 inch display AMOLED capacitive display and screen resolution of 720 x 1280 pixels (267ppi).

It’s a dual sim phone with LTE connectivity. Other wireless connectivity features include WLAN( Wi-Fi, hotspot), bluetooth(4.0), A-GPS, FM Radio and microUSB. Gionee M5 will be operating on Android 5.1 with a quad core processor running at 1.3GHz. It has 2GB RAM.

The phone is equipped with dual camera – 13MP rear camera and 5MP front camera. The rear camera offers high end pictures at a resolution of 4128 x 3096 pixels. The rear camera has a LED FLash and you can play with auto focus, geo tagging, touch focus, face/smile detection and panorama features of the rear camera.

M5 has 16GB internal memory storage on board with an expandable 64GB external storage. It will have the accelerometer and proximity sensors. There are a couple of messaging apps such as SMS, MMS, Email, Push Mail and IM. The phone will be available in only White. Gionee M5 is priced at around Rs.23,600.