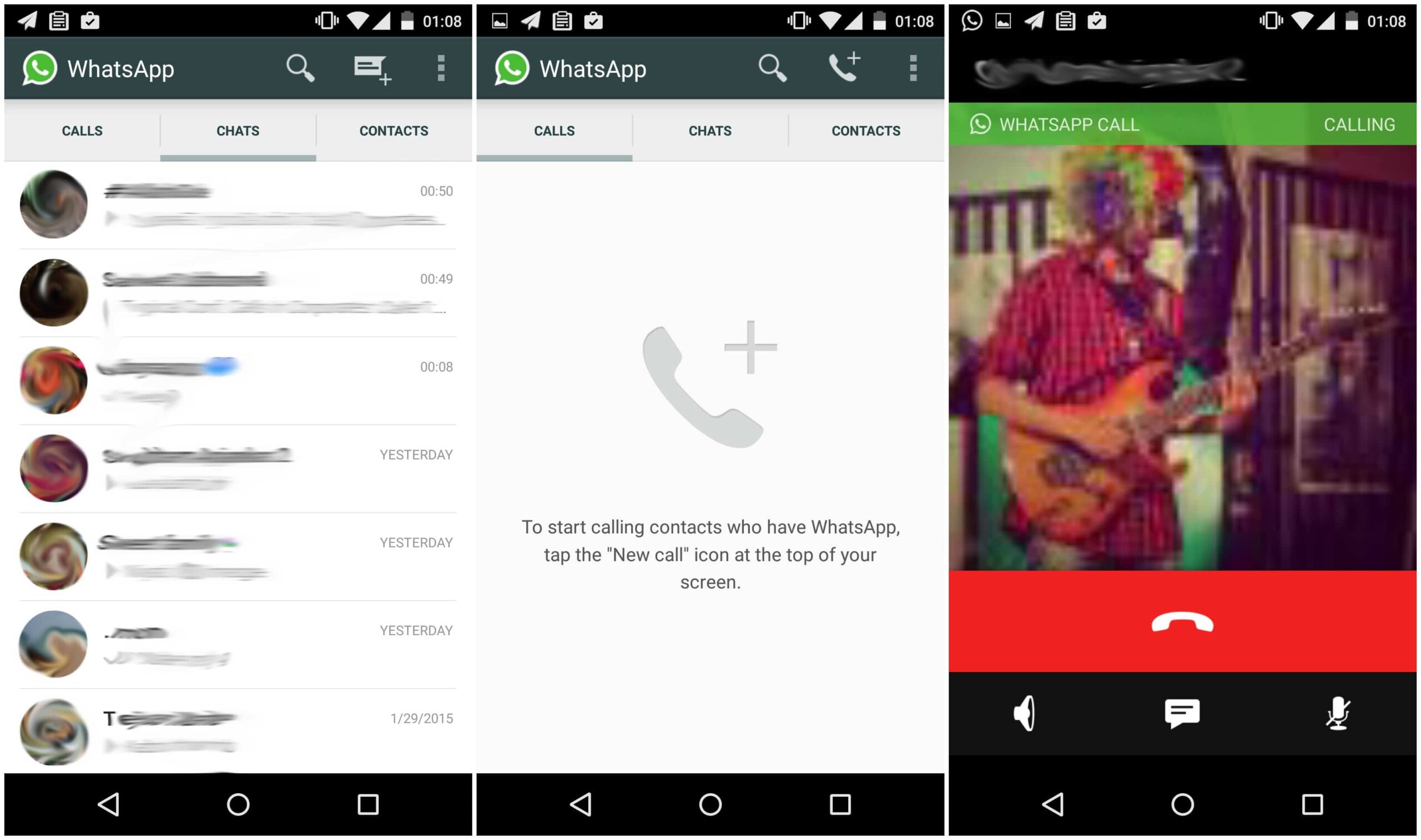 WhatsApp, the Instant Messenger giant already gave hints about the “Free Calling Feature” which would allow a WhatsApp user to make free calls to another WhatsApp User in the form of concepts and finally a user on reddit reported with the interface of the WhatsApp calling feature in which he displayed “Make a call screen” and “WhatsApp Call going on” screen. According to the screenshots posted out, it can be said that the interface looks very simple and for the calling feature they’ve not modified the interface much, but have just added tab. On clicking the tab, you would be able to “Add Calls” or make calls, Just besides the call tab, there is a chat tab which shows the conversation which took place between you and your contacts.

It was reported that the user who uploaded the screenshot was not able to make calls successfully to another people because, the whatsapp calling interface has not arrived for all the Smartphone users yet.

[Get] How to Enable WhatsApp Calling Feature?

For now WhatsApp Calling is only working on the Android Lollipop Devices, But sooner or later it will support another Android versions also.

Did WhatsApp Calling Feature come out because of HIKE launching its own Calling Service?

This world is full of competition, it was Viber, an Android App which enabled people to make free calls using Internet to the people who are connected on Viber. WhatsApp, on another hand being the most used instant messenger also gave us hints about it coming with the calling feature.

It was not any announcement but, it was what WhatsApp was planning to come with. Before few days it came with WhatsApp Web UI and now finally it is seen that WhatsApp Free Calling would soon come to the Smartphones.

This would be a question which can’t be answered at an ease, but according to Droidmen, WhatsApp would take over all the Android/iOS/Windows Apps which provides VOIP Services. It is because, like always it has been a Fast Instant messenger and it has the largest number of active users after Facebook. So, there are chances that it might take over the already existing Free Calling Messengers available. You can also drop a voicemail without ringing the phone.

According to screenshot uploaded by the reddit user there is no sign of video calling, for now WhatsApp won’t support video calling. But in the coming years there is a chance that it might come up with free video calling service also.