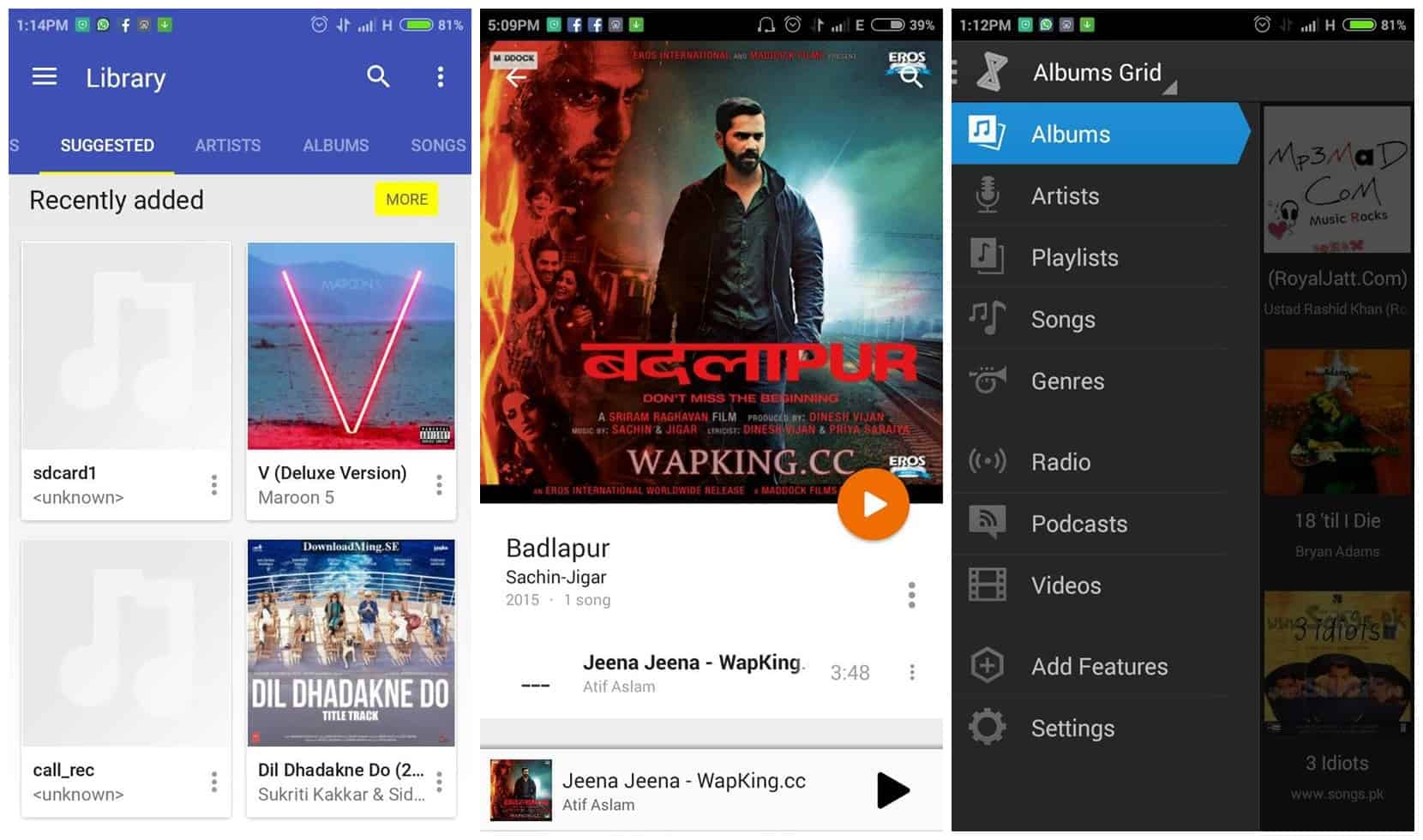 Listening to music is a common hobby found among most of the people all around the world. More than listening to any random song people prefer listening to songs in the way they want and the ones which they like. There are a lot of music players on the Play Store, selecting one has always been a confusing. In this article we share the list of 5 best music players for Android out of which you can select one best for your daily use.

The best may change from person to person. While coming to the best, Paid Music players work cool, but not all prefer paying. The best might matter from person to person, one might like the interface of the app and at the same time other person might not like it. This list would help you decide which one suits you the best, so that you can stick to it for the coming days.

It consumes less battery and is light on RAM also, unlike the Cyanogen’s Music Player which sometimes eats RAM. In many countries Google Play Music also allows you to sync your music using Google Play Music, so you can access your playlists from any device of your choice by accessing the web version.

Personal opinion: I really love it how we can shuffle the songs, repeat the same track again and again. Also, user interface is really simple for any Android user. There is a search option on the right upper side for searching tracks.

Though the Google Play Music is a cool app and allows you to play music without making efforts, people sometimes don’t like the way it works. It doesn’t allow to shift from one song to another automatically, this again is hated by people who don’t like sticking to a single song for a period of time.

The best thing of this app is you can customize the theme and make it look the way you would want it too look like, The skins are available on “Google Play Store” and can be downloaded. There are some striking features which Poweramp proudly boasts of – separate bass, Treble adjustments, lyrics support, customization. Apart from these, it has the usual features such as replay, scanning the library fast, supporting any audio format, play song from any folder,etc.

People who are obsessed with customizing their stuffs will love Shuttle. Shuttle has a huge collection of themes, you get to customize the layout and decide what happen when you plug in headphones. Besides, it lets you make playlists, manage the son list, view lyrics, play songs from folders etc.

There has been and update in the podcast features as well. There is a Double Twist alarm clock, which let’s you select your wake up tune. And yes, it’s FREE!

This music player is the last one in the list. Orpheus is somewhat similar to the Google Music Player. It’s its extended version with added artist cards, swipe-able tabs.

It has five themes, lock screen and notification control, gap less playback, widget and table support. The initially launched version had some bugs. But they have improved bit by bit and the current feature is pretty good to use. It supports Chromecast as well, It’s that terrific!