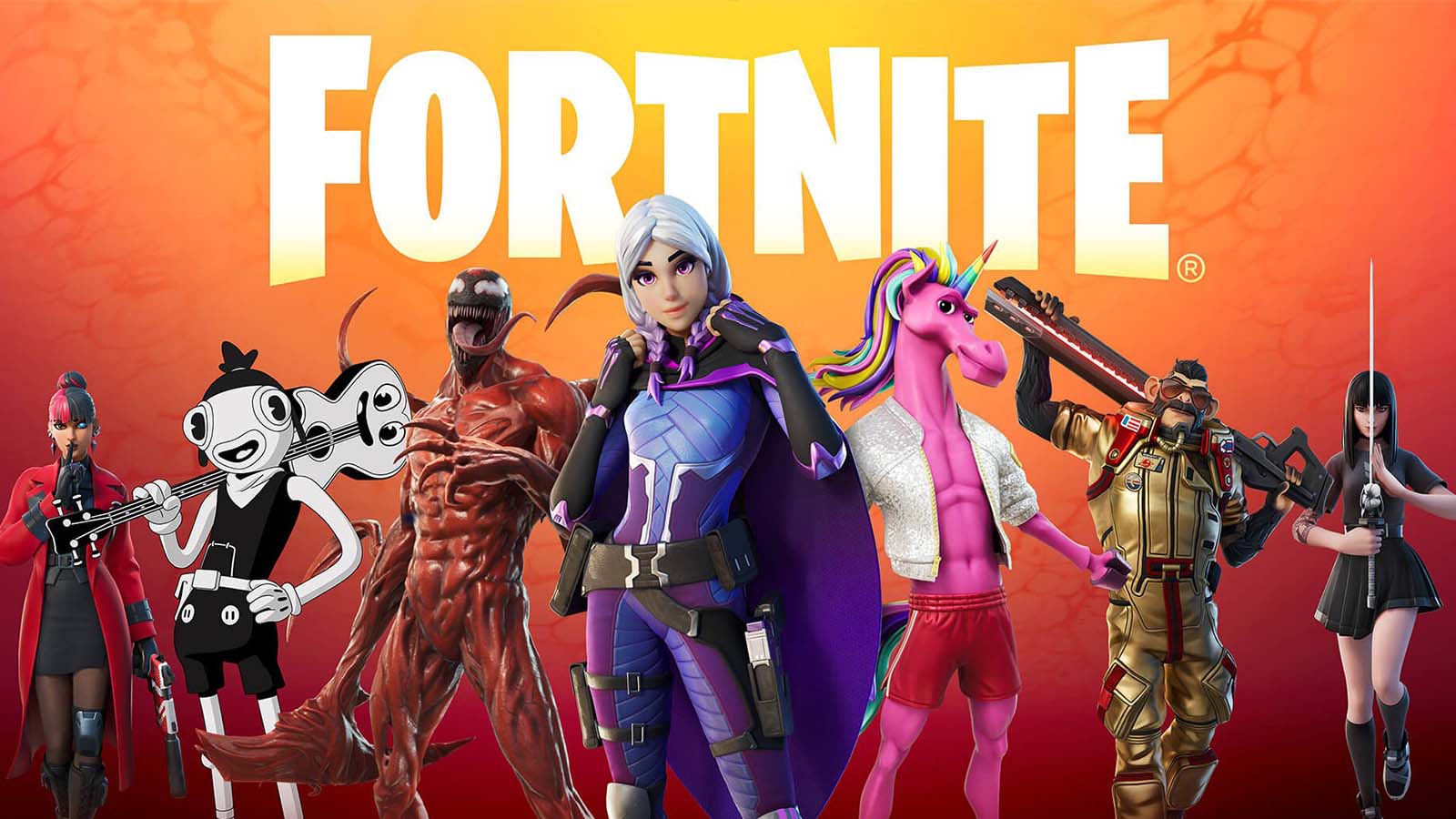 Are you excited for the newest Fortnite battle pass? Well you’re in luck because the newest Fortnite Battle Pass Chapter 2 Season 8 is finally out. Are you new to playing Fortnite? Well, worry no more because here you will get all the information you need to know about Fortnite and the upcoming new Fortnite season. Here, we will discuss skins, tiers, rewards, price, and much more from the Fornite chapter 2 season 8 Battle Pass.

We will discuss the following in the article –

Before we start, let us discuss what Fornite is.

Getting To Know Fortnite

Fortnite is an online game where you compete against real-time players which were made by Epic Games. Each match contains 100 players around the world, the last man standing wins the game. If you are familiar with “PUBG” you will know how Fortnite works. Fortnite was released back in 2017, with its release Fornite managed to accumulate millions of players very quickly.

Fortnite is one of those games which are on the top list of most played games in the world. It has a huge fan following and many are earning their living through playing the game.

It has an all-time rivalry with PUBG but still, its loyal fans are keeping the game in the fight. The good thing about this game is that you can play this on old computers as well. The graphics requirement is not sky-high. So you can manage to play the game on old PCs or laptops. Just make sure to have a sufficient WiFi system for a lag-free experience.

How Did Fornite Become So Famous?

The main reason Fortnite was/is a huge success is because it is available on all types of devices. Players have minimum restrictions over the compatibility of the game.

The game is available on PS4-5, PC, Mac, Xbox, Nintendo Switch, iOS, and a few Android Phones. They are working to bring the game on more Android devices, so if your current phone is not supporting Fortnite there are high chances it will in the future.

The unique design and looks of the game give it a unique look. Before, online multiplayer games were realistic-looking, but Fortnite had cartoon-type graphics. Another thing that is keeping Fortnite alive is frequent updates. They keep bringing us new Fortnite battle pass with new features, skin, and gameplay. As the updates are coming to the game the graphics are starting to look much better. Added textures and effects make the gaming experience more dramatic than before.

Now that we know the basic structure of Fortnite, we can move forward to understand what the Fortnite Battle Pass is in Chapter 2 of Season 8.

Time-to-time Fornite Battle Royale provides players with a new battle pass that lets you unlock skins, V-Bucks, in-game cosmetics, and much more. You gain experience level every time you play and win games.

You can “level up” up to 100 levels which give you rewards and skins. You can level up using your V-Bucks. It costs 150 V-Bucks to level up once. Battle royals are nothing but updates to the game, they provide new elements and learn what the players want. It gives a good amount of earnings to the developers. There have been tons of Battle passes since the game was released. You don’t have to play them but no one usually ignores these updates.

The newest Fortnite Battle Pass of chapter 2 season-8 is called “Cubed.” Fortnite used to have tiers in previous seasons, but now they have introduced pages. You can unlock each page by leveling up or by unlocking certain rewards. Each page rewards something to the players and motivates them to keep playing the game. The last page has the best skin in the opinion of many.

We’ll shortly discuss these pages so you can get an idea about what they offer.

Later Fornite announced two more bonus pages for this season. Which are discussed below.

For now, Fortnite has brought two more pages which revealed more skins and some other additional cosmetics.

More features and skins might be announced later in the season. This is why Fornite is still popular, they keep surprising their players.

There is nothing better than trying these pages by yourself. Playing the game is more fun than reading or listening to its features. The developers are getting more creative, and fans are getting more and more excited.

This is all the new Battle Pass offers. This is more than enough to spend your time playing the game. This new Fortnite season has a lot more to offer, you just need to wait until they keep announcing new things.

Let us move forward and see how much this battle pass cost you and when will Fortnite end?

Fortnite is successful because they ask for in-game charges here and there. People like to have skins and weapon wraps or just want to look different from other players.

So each battle pass requires V-bucks, or you can buy V-bucks directly using real money. The newest Fortnite battle pass “Cubed” will cost 950 in V-Bucks. You can purchase a V-Bucks bundle of 1000 for just 7.99 USD. Or another way you can save money is by having a subscription to Fornite crew for 11.99 USD per month.

You earn V-Bucks by playing the game, but buying them is an easier way which saves you time.

Also, you can take advantage of Battle pass by upgrading 25 tiers witch will cost 2500 V-bucks. Buying this will not only help you get into the new Fortnite battle pass but will also help you get a boost in the season. This particular battle pass lets you earn back around 1,500 V-Bucks by playing the games for sufficient time and by getting more tiers.

Now you know getting into battle pass is not easy, but once you are in, you will get the best level of satisfaction. Fortnite is completely free, but if you want to get more out of it, you will have to pay for it.

Now we will see when the Fortnite battle pass will end and when will Fortnite end?

If you really want to play this Fortnite season but don’t have money or even V-Bucks, you can wait and earn some V-Bucks or save some money.

The last date for the Fortnite battle pass is the 5th of December. This is long enough for you to recoup some money or earn some V-Bucks.

You can play and get all the rewards before it ends.

You get weekly challenges and tons of new matches to unlock.

Don’t worry if you get stuck between games and don’t know what to do, you can always visit the official site of Fortnite to get more information.

When Will Fortnite End?

Well, maybe never. As long as the developers bring new seasons with awesome skins, features, and challenges, players will pay to play the game. One thing that keeps an online multiplayer game alive is new maps. Fortnite does a good job of keeping the playground look fresh. They either add a new map area or at least add something in the sky or background.

The game design and immersive gameplay are enough to keep the players at bay but having new things is much better. Only time will tell what funky-looking skins we get in the next season of Fortnite Battle Pass.

Soon they will announce what the next battle pass will look like.

The Fortnite battle pass has been a great strategy used by the developers which have kept them alive in the modern-day gaming era.

So this was all about Fortnite and Fortnite battle pass. It will keep getting better as you play the game. You need to get your hands on this before the battle pass ends.

Fortnite has both heaters and lovers, but before you pick a side you need to play the game yourself. Even if you are not interested in the battle pass you can surely play some simple matches with your buddies to create a stronger bond.

Or better yet, you can make new friends around the globe. If you get better and better you can start participating in Fornite competitions or at least start a streaming channel for fun.

There are many games in the gaming industry. But games like Fortnite are a few of those which are played by every player at least once in their life. If you have not played this game, you should take some time out and give it a go.