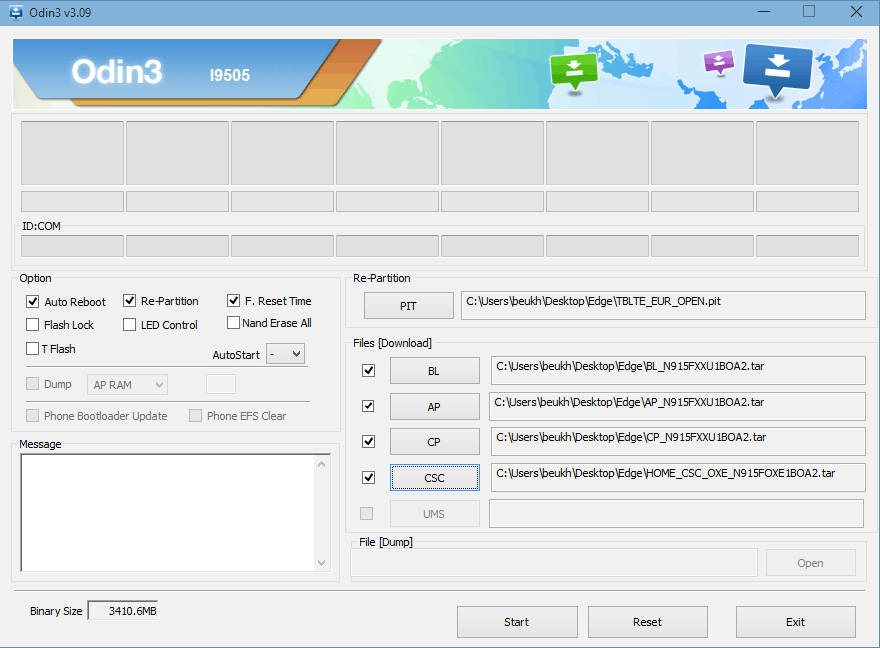 Ever messed up with your Samsung Galaxy device while flashing a custom ROM? You might have read over forums to flash the stock firmware using the ODIN tool, right?. Odin is an internal tool used by Samsung in flashing firmware on their devices via Download mode.

Odin tool is the same tool which is used at Samsung’s service centers to flash the factory firmware in case your Samsung device is facing some software/firmware related issue. This tool saves a lot of work, it helps in flashing firmware on your phone by bypassing recovery mode.

Since the success rate of flashing firmware/files using ODIN is completely dependent on the version of ODIN you are using. It is recommended to use the following ODIN versions while flashing files on your Samsung device. It is always a good practice to use the Odin version based on the tutorial you are following or using Odin 3.09 & Odin 3.10.

The ODIN tool is only available on Windows Systems and doesn’t support other platforms, so in case you don’t have Windows System then downloading ODIN will turn into waste. Besides the functionalities listed above, the ODIN tool also has the

How to Install TWRP Recovery on Galaxy Devices using ODIN?

Installed ODIN on your computer system? Now, you can do a lot of things which required skills of fastboot and adb without even knowing the commands. Follow the guide linked below to install TWRP recovery on Galaxy Devices using ODIN. (That guide is made for Galaxy S3, The steps are same for all the devices, but the TWRP recovery file needs to be downloaded.

The ODIN tool is only limited to the Windows Users and isn’t available on another platforms. However, not having a windows system won’t stop you from flashing firmware on your Samsung phone. There is another great tool called Heimdall, which is a cross platform tool and supports most of the operating systems including Linux, Mac & Windows.

Download Heimdall, Heimdall is more stable than ODIN, but you won’t be able to find much of the tutorials for flashing firmware using Heimdall which makes it difficult to use. However, if you are not a windows user, Heimdall is the only option you are left with.

Read More
The latest Android OS now runs on over 2.8% of all Android smartphones. In the initial stages it…
AAndroid News
Read More
That’s official, Android on BlackBerry. The main and only concern of the company heads was security i.e. Android…
HHow-to's
Read More
Table of Contents Security while employing SaaS ApplicationsProtecting Sensitive DataProtecting Datacenter’s and Cloud informationIdentity Security SolutionsSecuring all Endpoints…
AAndroid News
Read More
Xiaomi Redmi 3 is the first gadget from Xiaomi this year. The phone has been priced at $105,…