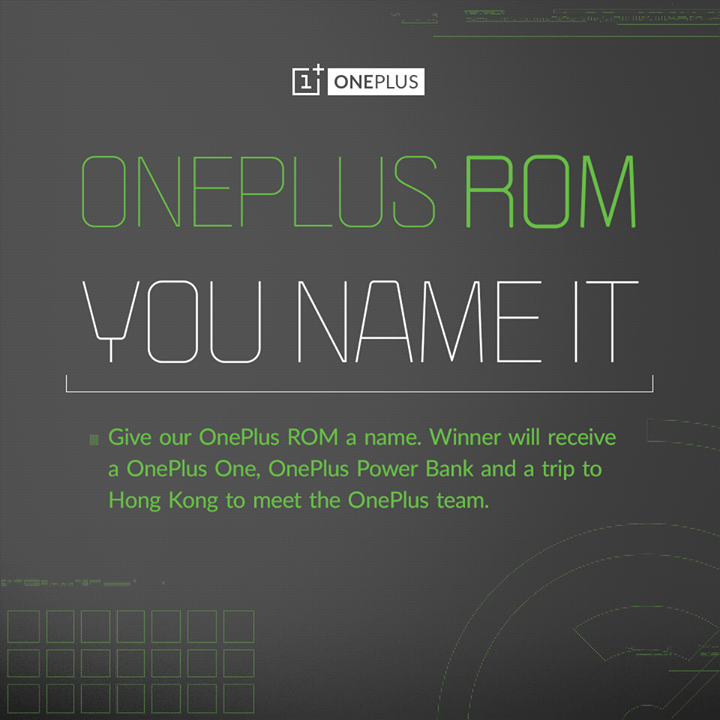 OnePlus Working on its own Custom OnePlus ROM.

While OnePlus is Banned in the Indian market, Today morning when I was browsing through Facebook, I found something very interesting. Every Smartphone lover would be knowing about the recent Oneplus-Cyanogen-Micromax Conflicts? If you don’t know then take it as, the OnePlus launched it’s first phone with Cyanogen OS installed in it, and due to some misunderstandings, some conflicts arose. So because of the conflicts OnePlus posted a Photo on its Facebook page asking the Facebook Fans to suggest a name for OnePlus ROM.

So the above Image posted by OnePlus gives a Clear Idea that it is going to come soon with its own OnePlus ROM and the name is not known yet, but many users have posted some comments and it might be the case that any one “Good Name” suggested would be selected and the lucky person who suggested would get a OnePlus One Phone, OnePlus Power Bank and a trip to Hong Kong to meet the OnePlus Team. Have a good name in your mind? Post it out there, just go to the Facebook Post and follow the instructions listed.

If you are not on Facebook and want to suggest a name to OnePlus then also you can suggest the ROM Name by going to the OnePlus ROM Page and suggest the name in your mind. The Last date for submission of the OnePlus ROM name is 31st December, If you really have a Good name which would suit OnePlus Phones, then simply go to the OnePlus ROM page and follow the guidelines. There is also a news that OnePlus One Mini is Leaked in China and would be an addition to the OnePlus 2015 Line up.