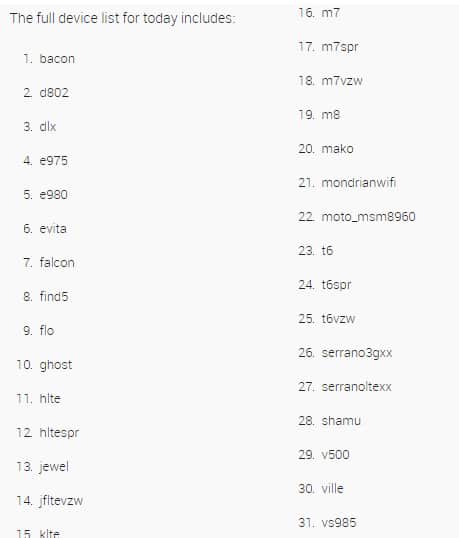 Android Lollipop has been one of the sweetest Android updates till date, but there are many phones which either did not get the Android Lollipop update yet, or have become too old for the Lollipop update. But the Custom ROMs always make Android Users rejoice, Finally the wait is over as CyanogenMod has officially announced CM12 Nightlies for 31 Devices.

There were many Leaked CM12 ROMs which were available but most of the builds had lot of bugs, some didn’t work and some didn’t function properly which resulted in many other Custom ROM developers building the Android Lollipop based Custom ROMs.

This build is based on Android 5.0.1 which is less buggy than the original Android 5.0 The CyanogenMod Team also announced the list of devices for which CM12 Builds are already built. There were 31 Devices Listed with their code names in the Post. Here’s the Image showing the list of the Devices :