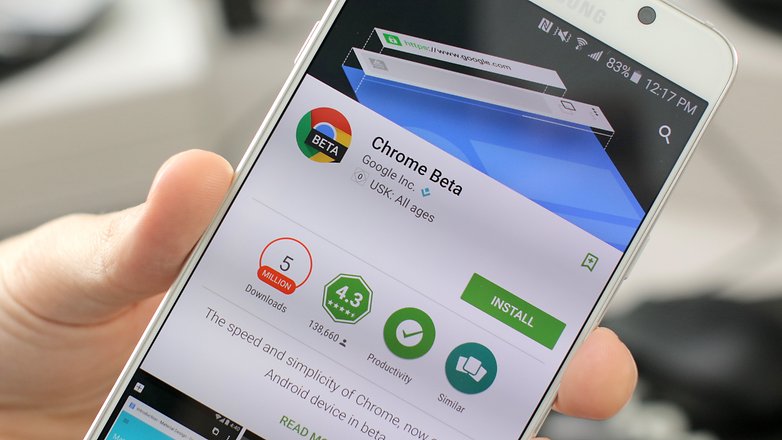 Chrome 63 is the latest stable version of the Google Chrome web browser. While Google doesn’t usually do this, this time around they have decided to release Chrome 63 for Android before releasing it for any other device. There aren’t any radical changes to the way we know things to be, but Chrome 63 is more about preparing the browser for the arrival of the final version of the Chrome Home UI, which is almost ready to release.

Google releases a new version of the Google Chrome web browser almost every six weeks on an average. This version of Google Chrome was in Beta for quite some time now and the final, stable version is now rolling out for the users. Let us take a quick look at all the new features that are included in Chrome 63.

Chrome 63 brings changes to various elements of the Google Chrome web browser. When it comes to Android, one of the most noticeable changes is in the way the permissions are handled, as well as in the Chrome Home UI. Some power users who make use of flags on Chrome would notice that the flags page has been redesigned too. Here’s a detailed look:

When it comes to permissions, they tend to appear on a dialog box that slides up from the bottom. However, following the update to Chrome 63, permissions would appear as a pop-up dialog box, appearing on the center of the screen.

The next time a website would like to gain access to your notifications, webcam, location or microphone, you’d be notified by a pop-up window on the center of your screen. Google says that this is up to 5 times more effective than the previous way.

The Chrome Home UI, which is the new UI that Google is planning to launch for Google Chrome soon where the address bar will be at the bottom. This UI has been under development for some time and was a part of Chrome 62 as well. However, in neither the previous version nor in Chrome 63 is this enabled by default. It has to be enabled by enabling a flag.

In addition to improving the Chrome Home UI and the way permissions are handled on Chrome, Google has also updated the flags page at chrome://flags. This is a section which is meant for advanced users who can perform certain developer level actions here and is not meant for everyone.

This section on Google Chrome has now been redesigned too – and comes with many improvements. Various options have been merged and it looks like Chrome is all set for the launch of their Chrome Home UI and this is all a preparation towards that.