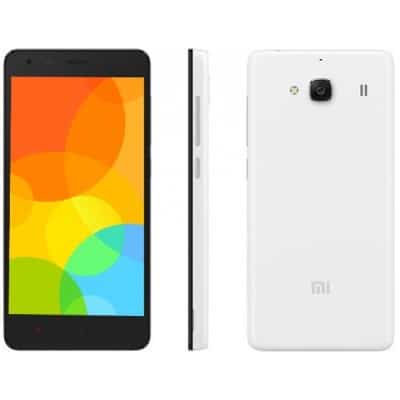 Xiaomi, the world’s third largest privately owned smartphone firm from China has easily established a vast following in its Asian neighbor as well. From ground-breaking phones to heavy duty power banks, which are all priced at a level that would please rather than hurt the Indian wallet, Xiaomi has definitely grounded its position in one of the world’s biggest markets for technology. GearBest on the other hand, has provided these products at an even more menial price to the globe. Following are all the varied products offered by Xiaomi:

This is the smallest power bank that Xiaomi has to offer, storing upto 5000 mAh of juice for your battery. Other than being practical and extremely portable, this power bank is not meant for devices with large batteries. It is rather just an emergency go to device, when your gadget is just about to turn off while travelling. It includes an LED light power reminder to keep you in track as well. It will cost you 14.12$, something really reasonable.

This power bank was the first one out of the three that Xiaomi offers to be sold out on Flipkart. It can charge a standard smartphone fully upto three times and has been a bestseller for quite some time now. At 17.92$, 10400mAh does not sound like a bad deal at all. No, really. No other brand even comes close to this one, which is finished off in Aluminium just like the other two, which gives you the most premium feel out there.

This is Xiaomi’s big gun in the power bank sector. At 16000mAh, you could not ask for more. Especially made for large devices like tablet PCs and powerful flagship smartphones like the HTC M8, this can charge a general smartphone to a full upto five mind-boggling times. Priced at 27.75$, this bank comes with two micro USB ports to allow multiple devices to charge at the same time. A must have for the potato couch, who does not care enough to plug-in his phone into an outlet.

This product is specifically made for the Redmi Note and packs upto 3100mAh of standby and talktime. It boasts of a built in microchip which prevents overcharging and prolongs battery life in the long run. It is priced extremely low and at 8.33$ no other smartphone provides a battery replacement this light on your wallet.

This is one of the most well thought of accessories paired up with the MI Power Banks which attaches easily using the same universal USB port and turns into a lamp, which is small and the epitome of convenience. The price tag reading 2.99$, really does not match up to its quality which is showcased by the rated voltage which is 5V and rated power which is 1.2W. Something that is an accomplishment for a device of its stature.

This comes upon as a feeble but successful attempt from Xiaomi at a smartwatch. It has all the basic functionality of the other flagship smartwatches in the market including sport data recording, sleep quality monitoring, smart alarm clock wake up, calls reminder running on an Android 4.4 platform. It is water resistant, stands by for a whole month and is easily coupled with a rechargeable battery. It supports all the features a smartwatch in the modern market would, except the big price tag. It is one of the best bargains at 18.99$ at GearBest.

This is essentially a replacement for the Miband and is available in these two vibrant colors. It is ultra-thin, very convenient to install and is hassle free. It is priced at 4.20$, a price which dictates its durability.

This is a portable multi-functional sports DV which can capture clear picture and shoot full HD 1080P videos. A very highly rated durable design makes it suitable for outdoors and extreme activities. It supports a 64GB memory expansion. It is also packed with other features such as Bluetooth 4.0, 3D Noise Reduction and is integrated with the phone using an app which aids in instant sharing of media. Priced at 108.99$, it is one of the best cameras with full HD capture and a Sony Exmor R BSI CMOS 16 million pixel sensor. A must buy for outdoor enthusiasts.

This is a smart bulb, a first in an array of appliances that can be controlled using smartphones. The Yeelight can be controlled using an app and provides light colored lighting, brightness control, timer switch and also external sensing/syncing with music that is playing. A single phone supports upto ten bulbs and the integrated Bluetooth lets students DIY on BLE supported smartphones. It is priced at 34.62$, which reflects at the advancement in simple home appliance technology.

These tiny little and attractive routers are one of the most useful devices developed yet. These little monsters which provide on-the-go WiFi networks at high speeds and support multiple devices at a single time are only as large as a coin. They are compliant with with IEEE 802.11n, IEEE 802.11g and IEEE 802.11b standards and races at wireless speeds of 150mbps. It is amazingly priced at only 3.66$.

This router offers high security and three times the speed of a conventional router clocking at 1167mbps. It provides an intelligent home controller center to operate all the smart home appliances along with a “Magic” trackpad. Priced at 31.84$, it is a bargain for its speeds.

What do you get when you improve on the previous product and pair it with a 1TB external hard disk? Well, the answer is perfection! This product is a mixture of the two most used sectors of the IT network – Memory and Wireless networks. It isn’t rocket science that went into pairing the two sectors, just a creative thought. It includes a 1GHz ARM Cortex-A9 dual-core processor, 256MB of RAM, Ethernet, WiFi, NFC and a USB 2.0 port. It supports a speed of up to 1167Mbps over a dual-band WiFi 802.11ac. Priced at 151.01$, the 1TB hard disk is definitely a sweet, sweet icing on the cake.

This product is Xiaomi’s answer to the ChromeCast or the Apple TV, and yes it’s a stern one. The Mi TV box brings 4K videos to the living room and supports Airplay, DLNA, Miracast, SMB and WiDi. It features a 1GB DDR3 RAM that is coupled with a 4GB eMMC storage that is expandable upto 64GB. It operates on Android 4.4 which boasts of Bluetooth 4.0 and WiFi compatibility. It is completed with a USB port and a HDMI slot as well, making it a pricey affair at 76.58$.

The flagship smartphone that Xiaomi had to offer was at the least, amazing! Priced at 367.59$, only a few other contenders manage to live up to the expectations the MI4 has set in the modern market. Sporting a Qualcomm Snapdragon 801 quad core processor which clocks at 2.5GHz, the Adreno 330graphics processor, a 3GB RAM, 16 GB of storage , a 13.0MP back camera and 8.0MP front camera and looks that could literally make jaws drop, the MI4 has definitely lived up to its hype. Its 4G variant is priced at 388.59$.

The Tablet PC of the Xiaomi firm has knocked but few contenders down, even though it is brilliant at specification. It pumps a 7.9 inch QXGA retina IPS screen with the help of an Nvidia Tegra K1 which provides 2GB of RAM along with expandable 16 GB of memory. The Nvidia Kepler GPU ensures a vivid display on the retina display. 8 megapixels at the back and 5 at the front camera ensure a decent image rendering. Priced at 288.84$, it provides an everlasting 6700mAh battery.

This budget handset provides performance and quality at a price only few could argue with. It is a 64bit smartphone featuring the Qualcomm Snapdragon 410 quad core processor clocking at 1.2 GHz. A 4,7 inch IPS display provide a crisp 312 ppi with a 1280×720 resolution. A camera packing 8 MP at the back an 2Mp for the front ensure good image quality. The storage being a letdown at 8GB, can be expanded upto 32 GB. It also houses a dual SIM compatibility. It definitely brings justice to its price at 148.96$.

The Xiaomi Speaker features all the cutting edge Bluetooth capabilities such as incoming call handling, music streaming and also a high capacity 2000mAh rechargeable li-ion battery. It also has an ever useful built in microphone for seamless conversations. It is priced at 23.45$.

The in-ear earphones boast of stereo output for clear sound with a built in microphone. It is designed with a 3.5mm jack and also has volume control embedded on the microphone console. The TPE high elastic line make it very durable as well tensile. The regular music blasters cost 7.53$ and are available in white and black as well. A special golden set would set you back a comparatively high 19.00$.