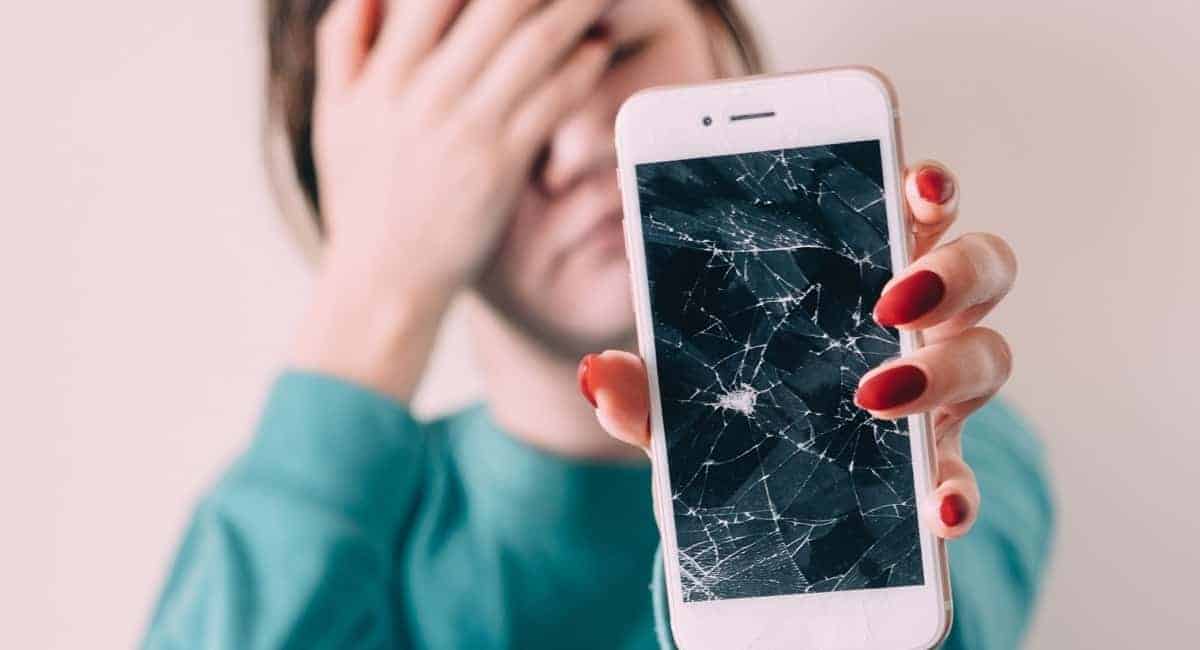 Broken Phone Screen Syndrome: Dumb Ways We Crack Our Phones and How to Stop Doing It

Death, taxes, and a broken phone screen. These are the three universal truths of life.

At least you can take comfort in knowing you’re not alone. According to SquareTrade, we break 50 million phone screens over the course of a year. No matter how careful you are, it only takes one wrong move to send that gorgeous new phone tumbling to the ground.

But some accidents are a little crazier than others.

Here are some of the downright silliest reasons we break our phones, as well as some tips to help you keep your screen looking pristine.

Light as a Feather

I barely dropped it!

It’s a common excuse, but most of the time it’s less than honest. Still, most modern phones are pretty darn durable.

So when you drop your phone on something as soft as a pillow, you don’t exactly expect the fall to spell certain doom for your phone. But that’s exactly what happened to one unfortunate iPhone 3GS.

This story almost doesn’t seem real, but trust us, it happened.

You’re running late so you jump in your car in a hurry. So much of a hurry, in fact, that you forget about the phone you left on the roof of your car. It isn’t until you hear the soft crunch of glass moments later that it dawns on you.

It’s more common than you’d think. So common that some journalists run over test devices when reviewing new phones.

We guess it’s really not surprising that there are so many toilet-related phone accidents. Still, it’s more than a little embarrassing to have to explain that a rousing game of Exploding Kittens caused your phone to take a plunge.

What a Story, Mark

Everyone loves a good storyteller. Someone who really puts themselves into the tale to the point that you feel like you were there yourself.

But be careful next time you’re getting animated.

One quick hand gesture later and slam! You could accidentally send your phone crashing into the wall.

No One But Your Selfie to Blame

Taking selfies can be fun. Unfortunately, it can also result in a broken phone.

If you’re taking a selfie, make sure you have a good grip on your phone. Otherwise, it may slip.

How to Prevent a Broken Phone Screen

It’s clear that there are a lot of ridiculous ways to break your phone. But how exactly are you supposed to keep it safe?

Well, you have a few options.

The first is to invest in a quality case. A case from a company like Hitcase, which you can check out at www.hitcase.com, will keep your phone safe from drops — pillow or otherwise — water damage, and more.

For the extra clumsy, consider investing in phone insurance. It may sound like a strange investment now, but a few bucks per month sure beats paying hundreds of dollars for a new phone.

At some point or another, most of us will end up with a broken phone screen. To decrease your chances of ending up in an article like this, play it safe and be cautious when using your phone. Stay aware of your surroundings and your phone’s location.

And most importantly, invest in a good case. You’ll save money in the long term, trust us.

Of course, physical damage isn’t the only risk to watch out for. Read up on why Android devices are commonly targeted by malware.