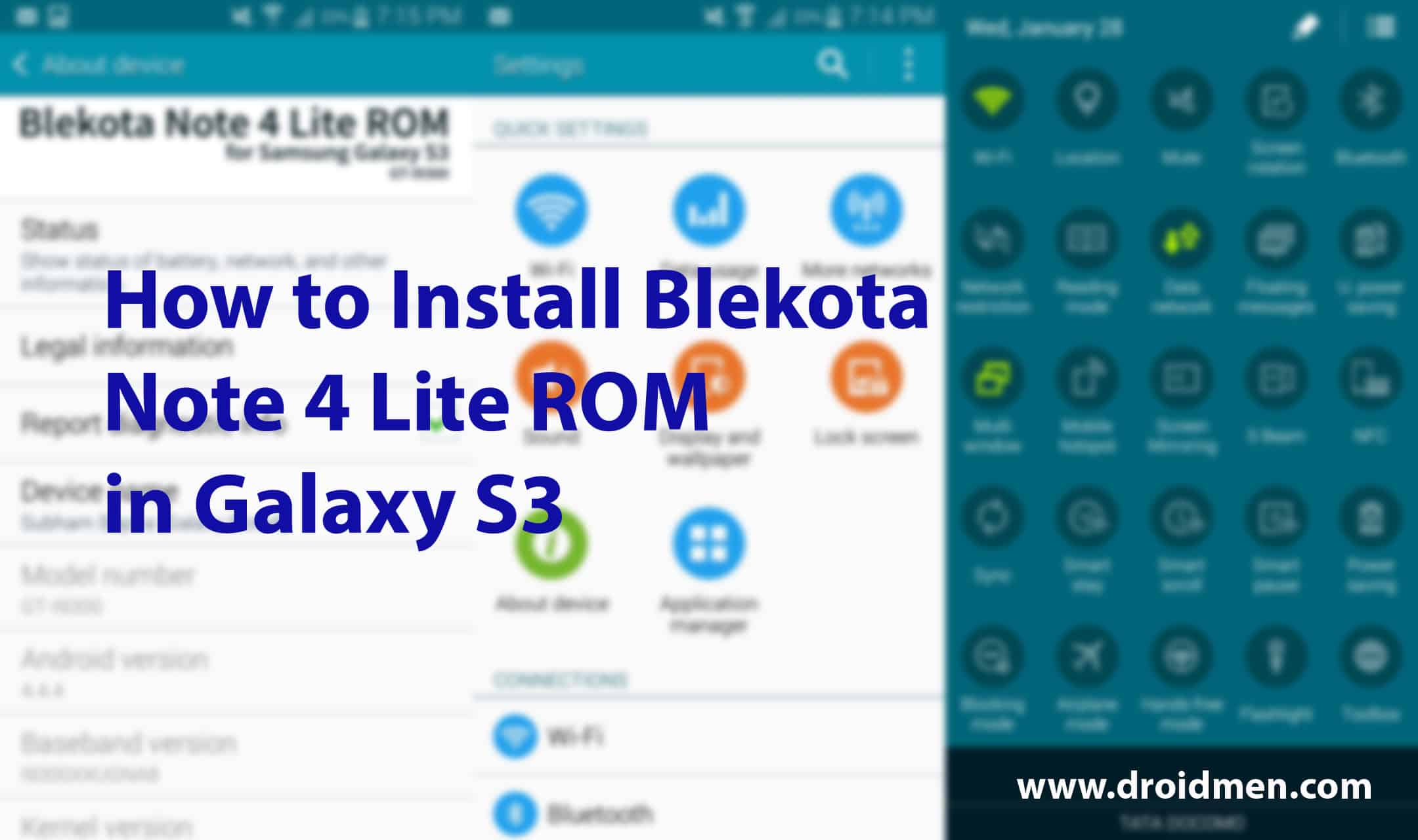 Samsung launched the Galaxy S6 and Galaxy S6 Edge few days back, both of these are known for their beast-like specs. Galaxy S3 has been one of the best smartphones during its times. Though an old phone, it still has a huge user base. Recently, Blekota launched the updated version of it’s Blekota Note 4 ROM which allows the user to install Galaxy S6’s UI on Galaxy S3.

I’ve already tried the Blekota Note 4 version 4.4 for my S3, but while using the Lollipop option, it lagged and wasn’t able to use it as my primary device. To overtake the problem of lagging Blekota has released the version 4.5 (Blekota Note 4 v4.5) which acts purely like the Galaxy S6 Android Lollipop UI. Though, this ROM doesn’t add much functionalities and work smooth like the Galaxy S6 works, but it works good enough.