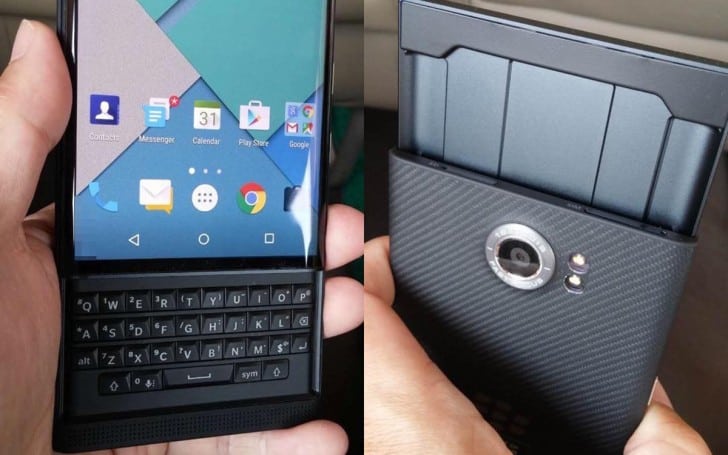 Blackberry will be launching an Android powered smartphone called Priv. Before a question pops up, let me say this news is OFFICIAL. Evan Blass had leaked about the news offline. After a couple of hours, this statement comes officially.

{adinserter 3}The statement made by Blackberry proves the existence of a slider phone, which was formerly known as Venice. This was sighted at the Mobile World Congress, 2015. The phone has been pretty mysterious. John Chen, CEO of Blackberry said that he will change to Android iff it can reach the security standards set by Blackberry.

“Today, Blackberry is announcing two new editions to its handheld device roadmap. First, the company will launch a flagship slider device, Priv, which will run on the Android operating system, bringing together the best of Blackberry security and productivity with the expansive mobile application ecosystem available on the Android platform. In combination with Blackberry’s efforts to support Android for Work on the on the BES12 platform, the new device will offer best in class for enterprise customer. Blackberry expects the device to be available late in the calendar year in major markets in-store and online, and will release further details in the coming weeks.”

But the CEO had a piece of good news for the Blackberry OS lovers as well. He said that they will not be giving up Blackberry OS and will keep improving it so that it offers better service in future. They also intend to release Blackberry 10 in March, 2016.

Quoting his exact words would be,

“While the new device will provide a choice in OS to the new and existing customers, the company remains committed to the Blackberry 10 operating system, which enables industry-leading security and productivity benefits. Second, the company will continue to develop and enhance the Blackberry 10 operating system and its confirming plans to release updates focused on security and privacy enhancements, with version 10.3.3 scheduled to be available in March 2016  “.