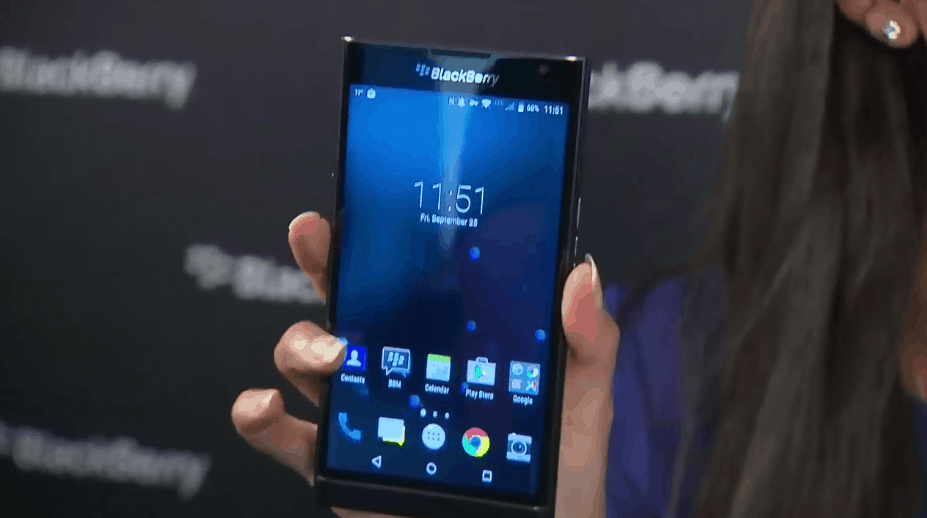 That’s official, Android on BlackBerry. The main and only concern of the company heads was security i.e. Android should match the security standards set by them. The CEO of BlackBerry (John Chen) appeared in a video few hours ago with the phone in his hands.

{adinserter 3}Blackberry Priv will be the first device that will operate on Android OS with a BlackBerry hardware. The phone will be a slider phone with a QWERTY keypad. Some tech specs of the phone apart from Android Lollipop OS is Snapdragon Qualcomm 808 chipset,  3GB AM and a 18 MP rear camera with dual LED Flash.

Being accustomed with BlackBerry OS, Johny obviously had problem handling Android. The first visible problem was, he kept on saying ‘runs Google’ instead of ‘runs Android’. Besides, he had problem running Chrome on Priv. It would have been much better if they had given him a device that has already been set up. The QWERTY keypad is capacitive. So you can use it with gestures, and not the keys physically.

“While the new device will provide a choice in OS to the new and existing customers, the company remains committed to the Blackberry 10 operating system, which enables industry-leading security and productivity benefits. Second, the company will continue to develop and enhance the Blackberry 10 operating system and its confirming plans to release updates focused on security and privacy enhancements, with version 10.3.3 scheduled to be available in March 2016  “.

He has also confirmed earlier that the company will not give up on the existing OS, the next version be coming up in the next year. Stay tuned to us for more updates.