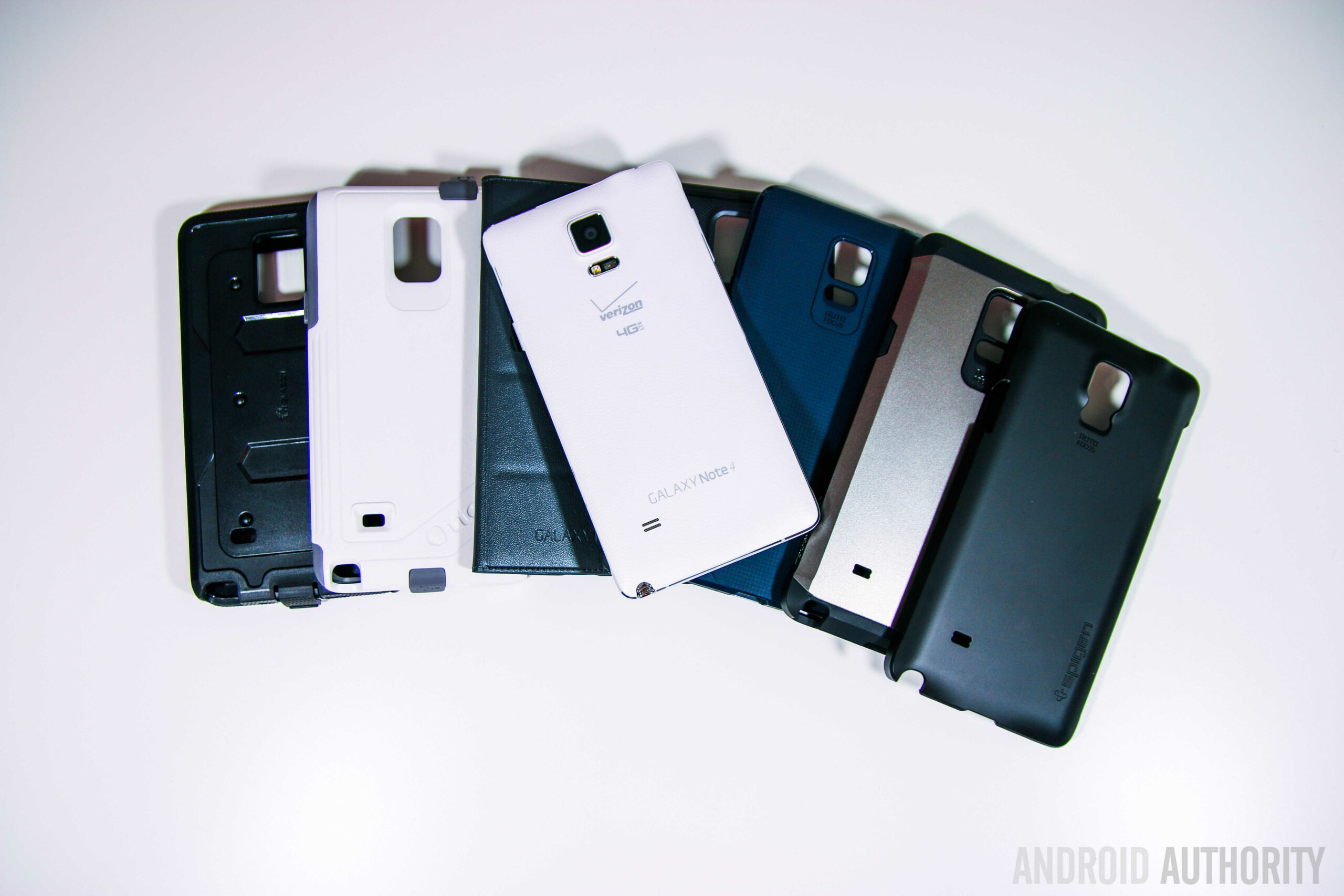 Samsung’s Galaxy Note Series has always been in demand in the market, The Galaxy Note 4 was recently launched by Samsung which comes with very High-end Configurations and can make any phone feel low in front of it, Additionally the Advanced S-Pen which is not much but is a Strong weapon which the Note 4 user has.

Though it looks attractive, but these days cases help in protection of the Phone and with protection one doesn’t wants to lose the Appearance of the Costly High-end Note 4 in any case just for the sake of protecting it. So in this post I would be sharing the best selling Galaxy Note 4 Cases. I’ve explained the Features of all the cases listed below, and also have added a link to buy them, if you get convinced to buy from this post, then do buy it from this post, so that I earn and from that I would come to know whether you were convinced or not!

The Spigen Touch Armor For Galaxy Note 4 looks metallic and is a protective case as the name suggests. It is highly durable and makes your Note 4 Look metallic. It weighs around 100 grams, Looks sleek and sharp in appearance. With many positive reviews on it, there are some negative reviews which says that “while using this case” the Note 4’s ‘Heart Rate and Oxygen Sensor’ doesn’t work properly. However a positive review on it says “It works completely accurately but the way of using should be proper”. If you are someone who by mistake drops the Phone many times then you should go with this case, as it protects the Phone from the Tough Metallic Body.

As the name suggests this is a Thin Case which won’t make you Feel that your Device has a case on it, This Fits the Galaxy Note 4 at its best, though it is not much protective as the Spigen Touch Armor which was described above but is a bit protective and makes your Note 4 Feel Fit. The USP of this case is there is not much addition to this case i.e It just covers the device from the back and the sides and gives a feeling of a device without a case. If you are someone who are someone who wants to protect your Galaxy Note 4 from scratches then, go with this, But if you are someone who is deeply buying a case for protection of your Note 4 then I would recommend the Spigen Touch Armor.

The Spigen Strong Flex Ultra Capsule Case for Galaxy Note 4 is similar to the Spigen Tough Armor which was described above, Though it doesn’t give a metallic look like that of the Tough Armor but it is protective compared to the Spigen Fit Series Thin Fit case. Because of the High quality TPU used in it. However it is not slimmer compared to the Fit series, so if you are someone who wants minimal protection with style then this would be the right choice for you, but if you are one of the extremes then you can go with Tough Armor or the Fit Series.

The Samsung Protective Cover is a case made by Samsung officially for protecting the High-end Galaxy Note 4. It is slim and lightweight case which comes with protective features also. It comes with Hard Plastic Back and has soft TPU which make you feel grippy and soft when you are carrying it and Because it is manufactured by Samsung itself for the Galaxy Note 4 it would fit the phone at its best and would also have no issues regarding sensors, features. At the same time it would protect the Phone as well.