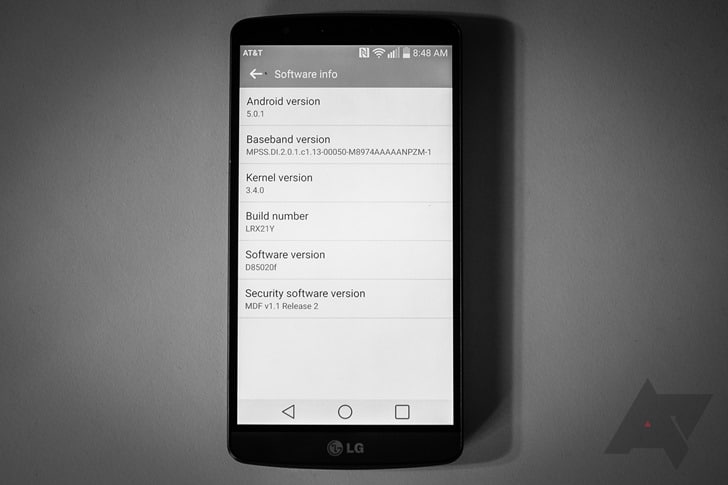 However, even after announcement it failed to push an OTA update during that month and many other manufacturers came up with Android Lollipop for their devices. According to us since there were many bugs and changes made inside Android Lollipop LG wasn’t able to make the Lollipop look stable for the LG G3 users and hence the update didn’t come to the Phones.

The users who received an OTA update reported that the new software version is “D85020f” and has a Android build number as “LRX21Y”. The users also reported that the AT&T LG G3 lollipop OTA update would be of size 689 MB and might take more/less time to get downloaded. Here are some screenshots which shows “How would Android Lollipop 5.0.1 Look in AT&T LG G3”

In case you’ve not received the update yet, what you can do is either wait for some more time or change the date and time of your device to some future date, some users who didn’t get the update and tried following this method and it worked for them and for some it didn’t work, but giving it a try won’t harm your phone.