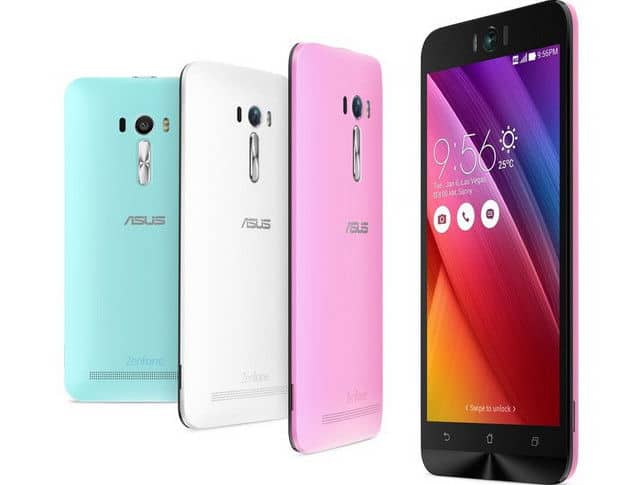 Previously we talked about the Zenfone Go getting unveiled. Asus is all set to take hold of the mobile market with this low-budget phone. The phone has been priced at Rs. 7,999 on Flipkart. Also, the phone would be available offline at Asus exclusive retail outlets. Having launched phones previously with high price, the low-budget phone is a definite way to rule the below Rs. 10,000 budget as well.

The Zenfone Go will be operating on the latest Lollipop version of Android i.e Android Lollipop 5.1 with a Mediatek Chipset, 2GB RAM and a quad-core processor clocking at a speed of 1.3Gz. In terms of space, it gives you 8GB or 16GB of internal storage with an additional 64GB external storage than can be expanded with the help of microSD card.

The Zenfone Go is a dual camera device that has the 8MP-2MP camera with LED Flash. It has loudspeaker and a 3.5 mm jack slot for the headset. The beast gets powered by a 2070mAh Li-Po battery and is available in Black, White and Red.

Asus has taken us by surprise in this regard. Even at this price, they are offering us Android Lollipop 5.1 which still remains a dream to many Android users with costlier phones. Along with a Mediatek MT6580 chipset, 2GB RAM and a quad-core processor clocking at a speed of 1.3GHz.

Also, to highlight a very important fact. Flipkart has the 8GB variant in stock as of now. So if you want to go for the 16GB you might as well have to wait for sometime.

The Zenfone Go looks like any other Asus phone with no change on the outer surface. It has a front camera and a rear camera. The rear camera is placed on the usual upper left side, with the LED Flash beside it. On the lower side of the back panel is the loudspeaker and on the top edge is a 3.5 mm jack slot for handsfree.

Asus Zenfone Go sports a 5-inch display (with ZenUI) with 720 x 1280 p resolution (¬294ppi) and HD IPS screen. Sadly, there is no Gorilla Glass for the screen’s safety. The screen-to-body ration is ¬67.2%. Another wonderful thing about the phone is it’s weight i.e 135 grams only.

The Zenfone Go is available in White, Black and Red only.

The Zenfone Go follows the usual trend of 8MP-2MP camera, while the rear camera is accompanied by a LED Flash. The rear camera helps you click great pictures with a resolution of 3264 x 2448 pixels. The camera has some other cool features like touch focus, auto focus, geo-tagging, etc.

The Zenfone Go has the following sensors -accelerometer, proximity and compass. Messaging is done via SMS, MMS, Email, Push EMail and IM. It also has HTML browser and supports MP4 videos.

The Asus Zenfone Go has a 2070mAh Li-Po battery and has been priced at Rs. 7,999. But this is the pricing of the 8GB variant. If you long for the 16GB variant, then you have to wait (with a little more cash-in-hand).

So, what you guys think about Zenfone Go? Is it worth a shot? Let us know in the comments below. For more specs and news on the latest gadgets, keep visiting Droidmen.

AAndroid NewsGadgets
Read More
Over the past several years, there have been many brands which were previously known for their dominance in…
GGadgets
Read More
One year has passed since OnePlus began its operations in India. The company sells products in India via…
GGadgetsPersonal Tech
Read More
Table of Contents Changing the General Opinion by Virtual Reality Therapy How Virtual Reality Therapy Change the Medical…
GGadgetsHow-to's
Read More
Table of Contents Exactly What Is Nanny Cam?How Nanny Cams WorkRecording to a Memory CardLive Streaming to a…