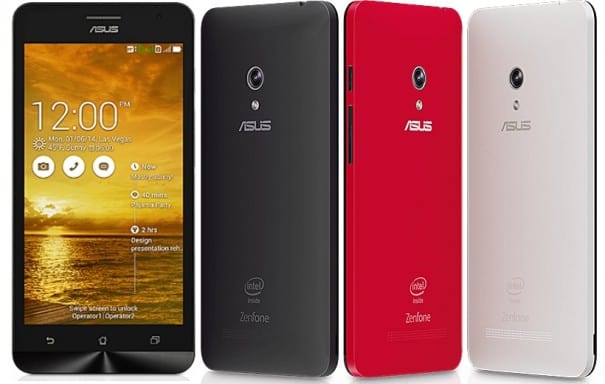 Asus, the Tawainese manufactures which is most often known for Good Quality Hardware has added a new smartphone to the Zenfone Line-up in the form of Zenfone 5 Lite. The Zenfone 5 Lite will be available for purchase in Philippines for next week for PHP6K ($124).

The Zenfone 5 Lite would spot similar specifications of the Zenfone 5 but since the price goes down it is a bit downgraded, moreover the name itself says “Lite” the lite version of the Zenfone 5. Beginning with the 5-inch qHD IPS Display of resolution 960 x 540p. The Phone would operate on the Android 4.4 KitKat and would rock on Zenfone’s own UI i.e Zen UI. The Intel Atom Z2520 processor clocked at 1.2 GHz with 1 GB of RAM would manage the processes and memory.

Other than the above specs the Zenfone 5 Lite would have a Dual-SIM support, would have 8 GB of Internal Storage, an 8 MP Primary camera with a 0.3 MP Secondary Camera and all of these would stay alive with the 2500 mAh Battery. Since this phone is a very new one in the market and is only available for sale in Philippines (from next week), its availability in India and some other countries is not known but would be launched soon.

Coming to Android OS updates, the Zenfone 5 Lite would come with Android 4.4 KitKat pre-installed but since the phone is a new one and would  be available in other countries sooner, it can be said that it may get an Android Lollipop update. Well, that’s certainly not a declarative statement, it may or may not get, so if you are the one who is interested in Android Lollipop then it would be difficult for you to get the phone, but we will surely notify you about the Lollipop update if it arrives for the Phone.