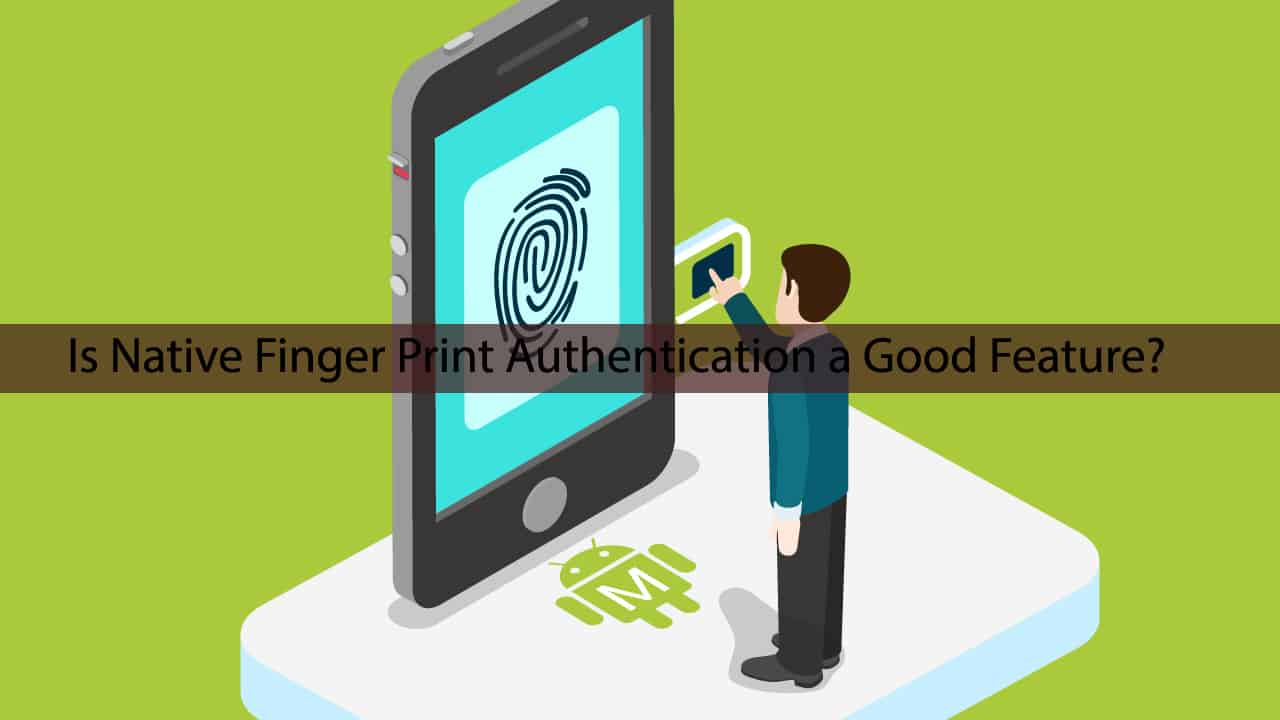 Android Lollipop has been a very different update in Android OS. The unlocked API’s, the concept of material design and many more things got evolved with it’s launch. Recently it is reported that Google would announce Android M during the Google I/O Event 2015.

Coming to the answer of the question: “Is Native Fingerprint Authentication a Good Feature in Android M?”

Well, There are many smartphones which have Fingerprint authentication, like the Galaxy S6 and the Galaxy S6 Edge. Both of these phones have the authentication feature in them, but the functionality of the feature is limited. The Authentication feature can be only used to unlock the phone/apps/ or any Samsung Apps. So if these phones get Android M installed, then the functionality of the Fingerprint sensor won’t just be limited to unlocking of apps/phone or any other OEM based service.

With Android M, other authentication also would be made easy. For an instance, Apps like Facebook could also use “Fingerprint” as a metric to login through Facebook mobile app. Even while first starting our Android phone, we have either sign in or sign up (if we don’t have) for Google account. This will allow users owning a phone with a fingerprint sensor to “One Touch Sign In Feature”. A Lot many things can happen, these are just the assumptions we make at Droidmen.

How will having Native Fingerprint Authentication Feature in Android M reduce the cost of an Android Phone?

The question “Will having native fingerprint authentication feature in Android M reduce costs of the phone?” first came in my mind when I heard about the availability of the Fingerprint authentication feature in Android M. I analyzed and found that manufacturing giants who are already having the hardware and the software have to make investments for getting them work on android phone.

The companies that doesn’t deals with Fingerprint authentication and sensor related things, would have to work out on things like getting a software programmer to code and then get the code adapted to Android. This would increase the cost of the production which would obviously increase the costs of the smartphone units.

The expense doesn’t ends here. In case there are changes in the OS architecture or any other internals the company has to invest back for the same purpose. So that would again increase the cost, and it is not just the “COST”, it is the time it would spend “time” to get the resources into work and we know Time is money!

The Android Fingerprint sensor is the core hardware part which recognizes the fingerprints. Without the sensor there are no chances that an Android Phone would be able to recognize the fingerprint. However, this a tech savvy world, any startups or a company would come with an external USB based “Fingerprint Sensor” which would work with your Android Phone.