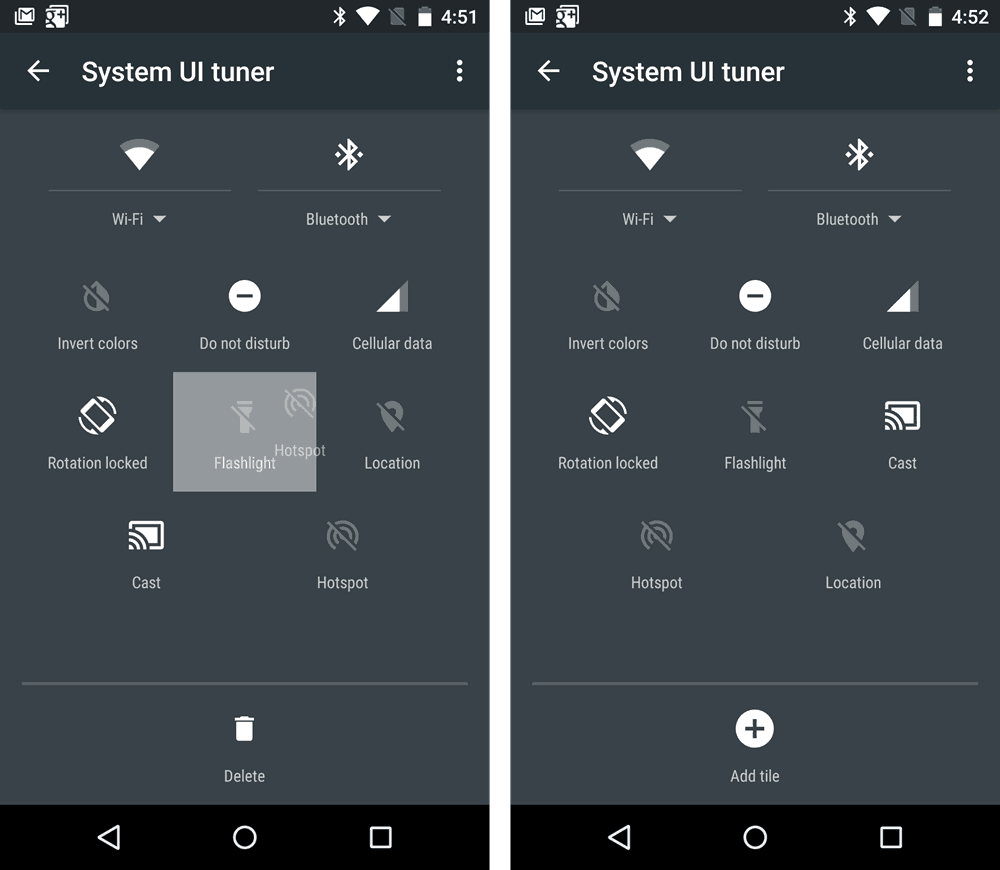 Android M allows you to Fix the options in the Quick Settings.

During the Google I/O 2015, Google announced the upcoming Android version – The Android M. Not only the Android M, it also came up with Brillo which would be an OS based on Android, but for low levels. The search giant also revealed many features that would come with the Android M.

{adinserter 3}Well, Android Lollipop was the first android version which came in with the concept of material design. The material design looked pleasing to the user, it did create a good impression among a lot of users, but it failed to be good for daily use. Some functionalities, like the “options in the quick settings” didn’t work well.

Android Lollipop showed the quick settings based on the interaction between the option and the user. In case the user interacted less with an option, it would get replaced by the option which was used more. This dynamic nature of the quick settings in the Android Lollipop increased the time taken by users to find the desired option, the users were not able to find the option when they want to find one. The error and bug fixing updates tried to solve their problem.

So in case you use your phone has a WiFi Hotspot for another devices around you then you can add the “Hotspot Feature” in the quick settings. This will enable you to turn on the hotspot in a single click. In case you don’t use the “Torch” much, then you can remove the “Torch” from the quick settings and add the features which you use on a regular basis, to reduce time to taken to perform actions.