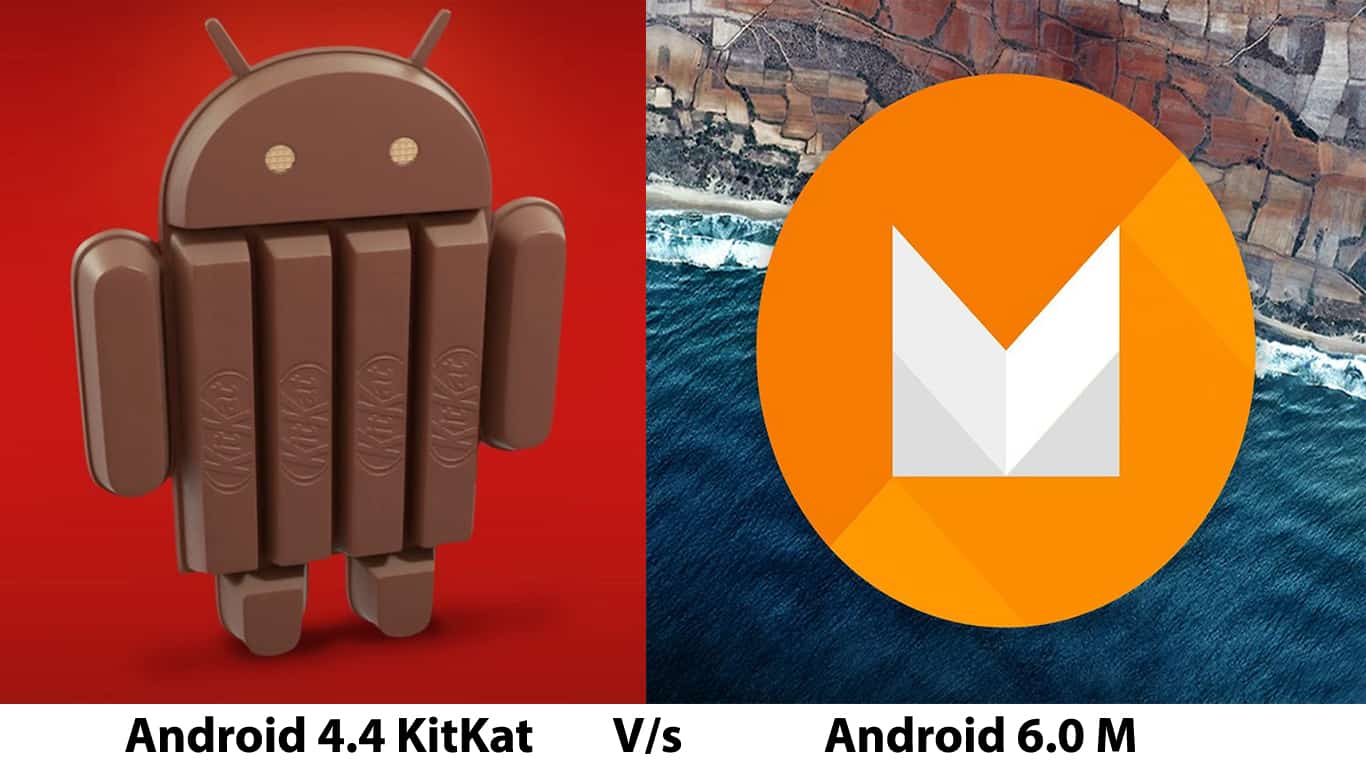 Google launched Android M developer preview recently at Google I/O 2015. According to reports, roughly 34% and 12.4% Android devices operate on Kitkat and Lollipop. Some companies have been listed who will get their devices updates to Android M without much issue. We are going to get deeper into aspects such as Design, Hardware, Battery life, Features, RAM management and many more concepts.

The material design approach has attracted a lot of people. The level of attraction has increased to a level where app developers have started developing apps which have a material design. Android M is a better version of Android Lollipop which directly implies that Android M would be more attractive.

Talking about the hardware when it comes to the OS would not be a good idea, but the OS and the hardware have a very close relation. Android M has many APIs which Android KitKat didn’t have. For an instance, Android M will support the fingerprint sensor, Thus reducing the load and the cost of the manufacturers. [Read More]

The Android M’s architecture supports 64-bit processors while the Android KitKat only supports 32-bit processors.  There will be Type C USB support which is discussed in the ‘Battery’ section below. In order to accommodate all these new hardware’s, Android M will need surely more than 512 MB RAM which is there in Android KitKat. But Google has to watch out the RAM consumption to make the device’s more efficient and not slack down.

Note: The Hardware isn’t reliable on the OS but, OS should support the hardware to work efficiently. Android M has a lot of unlocked API’s like it’s predecessor – Android Lollipop. Thus, it beats the Android KitKat in this area.

Winner: Android M, Because of Unlocked API’s and support for hardware which KitKat doesn’t support.

There will be new mode in you Android M which is known as Doze. This will come as a boon to you as the motion detectors in your phone will tell it when the phone’s been at rest for a while. Doze will reduce the background processes. Test on the Doze Feature was conducted on Nexus 9 which showed that the standby tie almost doubled due to Doze.

Android M will also support USB Type C which will not only allow fast charging but let us charge other devices with it. Doze is one great milestone in Android M because it has left behind even Android Lollipop and of course Android KitKat with its power management skills.

Features: Android M has something new.

Android M has brings in some interesting features if the hardware supports. Android KitKat doesn’t have anything built internal, in case the functions are to be brought in action, the manufacturer must get them coded for the particular design, which increases the cost of production!

The most remarkable new feature of Android M is ‘Android Pay’ which let’s you pay via NFC. It is being supported by carriers like AT&T, Verizon and T-Mobile and cards such as American Express, Visa, Mastercard and Discover.

Winner: Android M has addition of features over Android KitKat.

Android KitKat was designed is such a manner back then that it would run on devices as little as 512MB RAM. Google had implemented some memory improvements back then which had leads to some great and smooth multi-tasking. Lollipop required as much as 1GB RAM, due to which Nexus users have reported sluggish performance of their device. So there will be some ways by which the RAM consumption could be cut down.

On the other hand, Android M has a new RAM manager which will give users much correct information about the RAM usage per app. You can find the RAM manager in settings which will tell you exactly how much your apps will consume and how it will affect your device. Also, now that you know which app is degrading your phone’s performance and you can do the needful.

Now that you have gone through the comparisons, what have you decided? Are you switching? There might be some bugs, which will bug you. So it will be much better to wait for some time till there are confirmed reports that they have been removed.