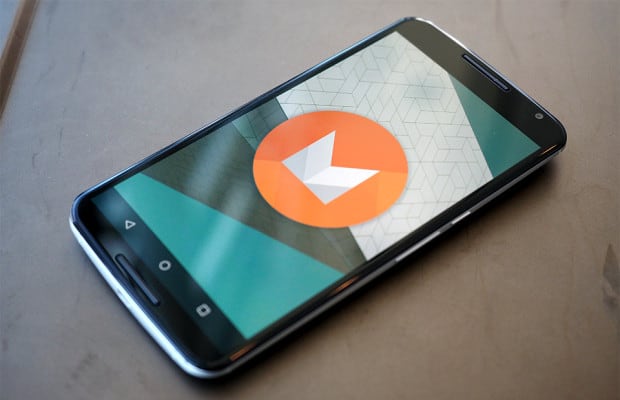 Google, the search giant announced an Android Marshmallow for this fall, and came up with an Android M Developer Preview for Nexus devices, a beta before they actually release the full updated version. They confirmed in September, that all Nexus users will get updates till October 5th.

Almost all the users have updated their Nexus devices and have found issues and some bugs with the update. We have gathered all the possible bugs, and here is a quick solution to solve the common Nexus Android 6.0 Marshmallow problems.

There tons of excellent features added to the Android M, but users have also registered their feedback with some bug fixes for the new update of Android 6.0 Marshmallow. This is no surprise to us that the Android update has bugs and abrupt crashes of several applications. With no further updates of the version 6.0 here are some of the problems faced by the users and all time proven fixes to them.

Google is slow in rolling out updates to Nexus users, this is not the issue anyway. But updates failing abruptly whether it is done manually or Over-the-Air, that is the major area of concern. The most common of all is this one.

There are quick ways by which you can solve the installation error. Sometimes, the battery dies during the update, for preventing that make sure that your phone is 100% charged and then update your phone. The other thing that interrupts installation process is, clearing your device’s cache portion, just to give the installation a jump-start. This is how you can do that:

If any of these doesn’t work, you have to implicitly factory reset your phone, this is not the ideal way but you are left with no other option.

We all know that whenever we update pour device with the latest version, battery drains out super quickly. The feedback given by people who updated their phone to Android Marshmallow complained about the less life span of battery and they grew as the OTA’s pick up speed.

If you have updated your Nexus device with the Google’s new update of Android 6.0 Marshmallow and you are not quite satisfied with the battery life span, wait for some days to let the update settle on the device. It takes time for new software to cope up with old hardware.

Wait for 2-3 days to resolve the battery issue and if it’s still not up to your expectations factory reset your phone and request a new device from Google.

How to Fix Android 6.0 Charging Problems

There have been always issues regarding charging of a device and Android 6.0 Marshmallow update continues the legacy. People faced the similar problems. check it here.

There are tried and tested ways tp solve this issue. Try to charge your Nexus device up tp 100%. Then let it discharge at its own pace. Before it fully drains out, start charging it when it reaches 5%. Repeat this few times and wait for things to get normal.

The above video depicts a quick fix to your charging problem.

If the above approaches don’t work, make sure that the device is being charged with the same cable it came with, and even try to charge the device with some other cables with same voltage. You can also change the wall charger and charge it via cable from your computer or laptop.

The Android 6.0 Marshmallow update just got release and we are already getting the Wi-Fi issues. This is specifically observed in Nexus 5 devices, users are complaining about broken Wi-Fi.

Let’s start with some basic problem resolving. If you dont get connected to a Wi-Fi, try restarting your router and reconnect after the connection has been discovered. Secondly, make sure that your router’s firmware is up to date. Once done checking, try reconnecting.

Now if there are no issues with the router, try configuring Wi-Fi on your phone by forgetting it and reconnecting it.

Frequency can also be changed by clicking the vertical dots in top right corner to bring the Advanced menu. Go for different options, and it will be set to Automatic by default.

In case if any of these doesn’t work try booting your device in Safe Mode. Update your apps as they have many times been a problem for connectivity.

How to Fix Android 6.0 Bluetooth Problems

Bluetooth is also an area of concern with this Android 6.0 Marshmallow update in many devices. Many users have started complaining about the Bluetooth problems.

The very first approach is to turn it off and on again, and try forgetting the device and reconnecting to the other device. The other devices including headphones, speakers, watcheshave positively responded to this approach.

If the Bluetooth is not getting connected to your car, try deleting all the present devices and reconnect it, if this doesn’t work refer the car manual. In case forgetting devices doesn’t work, follow Google’s instructions. Safe Mode will disable all the third party apps and will find the sole issue.

Some of the Nexus users said that Android Marshmallow fixed their data issues, and some registered issues regarding cellular data. Some of the issues are fixable.

Before considering that the cellular data is being affected by the phone, raise a concern and confirm to your data providers if there is any network issue. This has worked in past for some Nexus Users.

You can put your phone in Airplane Mode and switch off the phone, then switch it on and disable Airplane Mode, it will restore all your connections.

You can also pop out the SIM card from the device, switch off the phone and switch it on and mound the SIM card again, this might also resolve the connectivity issue. But if the problem prevails you should contact your service provider for further help.

If, after the Android 6.0 Marshmallow update the device starts lagging you can try out few things listed below. You can clear the cache portion of your phone(the procedure is already explained above). This has helped a several times.

If that doesn’t work you can try out the Qualcomm’s Trenpn Profiler (search on playstore) to monitor your CPU activity. If you dont want to download an app, Android 6.0 Marshmallow has a new RAM Manager tool in the apps menu, you can use that. It allows you to see what has been slowing your device and other information about things that are hindering your phone’s performance.

It is always better to delete the no longer used apps and data and cut back on the animations and transitions to get an excellent performance on your device.

How to Fix Android 6.0 App Problems

Apps have always been a problem after you update your device due to compatibility issues. After the Android 6.0 Marshmallow update, users have registered complaints about apps.

Start with installing the latest bug fix, and see if it stabilizes the app. The latest updates of apps many times solve the issues.

If this doesn’t work, try uninstalling app all together and reinstall it, this might solve the performance issues.

If those fixes don’t work try finding the developer’s forum, get in contact with them and make them aware of the recent occurring issue.

How to Fix Android 6.0 Random Reboots

Random Reboots on Nexus devices have been heavily reported after the Android 6.0 Marshmallow update.
It has always been a problem with Nexus devices.

Try rebooting your device, updating all your applications(as old apps that haven’t been updated might be a cause here). Clear all app cache data. To do that go to Apps in Settings, and select “clear data and cache”

If none of them works, factory reset your device.

How to Fix Android 6.0 Problems if nothing else works

If you have some other issues which are not being resolved visit at Google’s Nexus Help Forum. There are lots of people with same issues and are ready to help you. If any of the above solutions don’t work out, you can always factory reset your phone, but make sure that you have back up of all your data.

It that doesn’t work as well, then you can request comment down the Android 6.0 Marshmallow problem here, we will try a Fix and post it out here in the form of solution for another users who are facing the same problem.