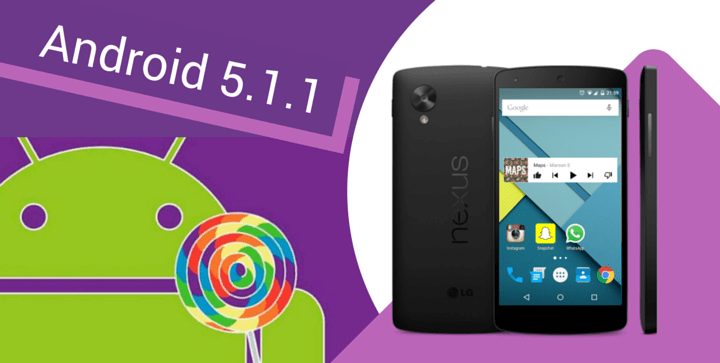 OS updates other than Windows OS updates have always been interesting. Generally updates come in different forms. An update to the newer version of the OS either solves the bugs in the previous version or brings in some new features, it can be both “bug solving and feature adding update” as well.

Recently, the search giant Google published the Factory image for the Nexus Player and this time it is publishing Android 5.1.1 factory images for the WiFi Nexus 7 2012 and 2013 and Nexus 10 with a build number LMY47V.

Many people might be thinking, What’s new in the Android 5.1.1? Well, The Android Lollipop came with a lot of bugs and some of them were solved by upgrading to Android 5.1. Many users still faced issues.

There may be many other micro level bugs which a user might not have come across, but a developer might come across and some unseen bugs as well could exist. Most of the sites reports that the Android 5.1.1 lollipop is a bug solving update which solves many bugs and helps in improving the performance. There are chances that it comes bug free, but not a word can be said.

If you are not so keen about it then you can wait and sit back for an OTA update to be pushed by Google for your Tablet. Since the factory images are uploaded on the server and are published, the Android 5.1.1 Lollipop OTA update would soon hit the Nexus 7 2012, Nexus 7 2013 and Nexus 10 Devices. Let us know, in case you need some more information about this.