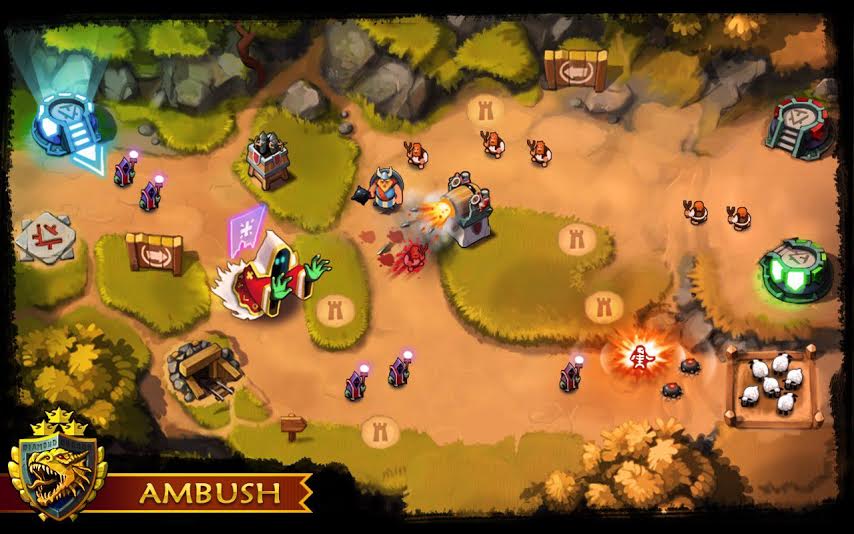 Ambush – Tower Offense Game to be Listed at PlayStore

The title of the game  Ambush – Tower offense was in beta till the end of the October month, but now the Publisher has announced that the Game will be available for Download from the Beginning of the Month.

Well, as the title suggests –  Ambush – Tower Offense is a multiplayer PvP game which mixes the classic tower defense elements with the tower offense element. The game aims at attacking the other players and conquering the resources and it doesn’t ends up here, the game also aims at protection/defending the site from the enemy attacks.

Here is Ten best board games for teenagers.

Being a PVP Game, you can compete with your friend, if you are at the offense side then your friend would be at the defense side.

The winners  who win the battles, players would receive experience points which would be improve the base towards the game. So in short you can destroy the tower in your Friend’s area, and have to protect yourself from being attacked.

I personally liked the Idea shared above and playing a multi-player game is awesome, so I asked out the Press regarding the place where I could download the Ambush – Tower Offense game, So for now the Game isn’t available in the Playstore but would soon launched in Google PlayStore in the Beginning of December First week. It would be available for both Phones and Tablets.

Afterall, you have nothing to worry about the Launch date of the Game but we will still update you about the availability of the Game in PlayStore. Here are some Pics we received from the press, click to enlarge the images.

Creative Mobile Factory is an Independent game developer and publisher based in Tallinn, Estonia. The team was found in the year 2010, The company is continuously taking efforts and launching some good apps which always rank high on the charts.

It not only focuses on Android but it also develops iOS apps. One of the most common name game is : Drag Racing Series and has one of the most downloaded franchises of all the time with more than 200 million lifetime installs.

Get more interesting games information from our Games section.

Read More
Table of Contents Reasons Why Gaming Can Be A New Career Option?Option – 1: Uploading Videos On YouTubeOption…